Pakistan’s 11th general election is scheduled to be held today, with 105.95 million voters expected to head to the polls to vote in their respective constituencies across the country. 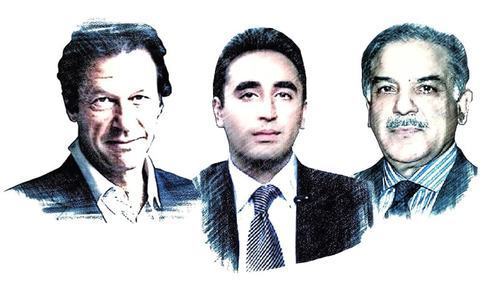 Voting begins at 8am, with a total of 371,388 army personnel deployed at 85,000 polling stations as a precautionary security measure.

Polling ends at 6pm, after which polling staff will begin the vote count. The Election Commission of Pakistan (ECP) has requested the media not to air unofficial results before 7pm (PST).

The government has declared July 25 a public holiday in an effort to encourage maximum voter participation.

Apparatus handed over to polling staff

A day earlier, presiding officers collected polling apparatus — including ballot boxes and other voting material — from ECP’s distribution centres across Pakistan in the presence of police and army personnel.

The material was then transported to polling stations amid strict security.

Voters lists were put up at polling stations as well as the code of conduct for election day.

The specially prepared surveillance vehicles will have four cameras each installed on them which will be able to detect a human body from a mile’s distance.

Election campaigns came to a close on Monday night — as directed by the ECP — with PML-N and PTI leadership rounding off their campaigns by predicting victory for themselves.

“Despite all odds PML-N is winning the July 25 polls. We will form the government at the Centre and in Punjab as our victory is certain,” said Sharif addressing the crowd in D.G. Khan. He urged the people to vote for his party to “free Nawaz Sharif and Maryam Nawaz from jail”.

Khan addressed rallies at strategic points in Lahore to prop up his party’s chances. One of his rallies was organised in the constituency from where he himself is a contestant, facing a big challenge from tough-talking PML-N’s Khawaja Saad Rafique. “This is the time to change your destiny. You must come out to vote on July 25. You must bring others out to vote on the day,” he thundered.

The general election has been criticised by some quarters for not being “free and fair”.

Questions have been raised over the role of the armed forces in the polling process; restrictions being placed on the media; participation of banned groups; NAB pressure on election candidates as well as the detention of political workers in the run-up to the polls.

Days ahead of the polls, former Senate chairman and PPP stalwart Raza Rabbani hit out at the ECP’s “criminal silence” over perceived irregularities in the run-up to the polls, warning of “dire consequences” for the government if the elections are “engineered”.

A public opinion survey conducted by the Sustainable Development Policy Institute (SDPI) and the Herald magazine shows that the Pakistan Tehreek-e-Insaf (PTI) enjoys a slim lead at the national level over the Pakistan Muslim League-Nawaz (PML-N).

The Herald-SDPI survey finds that 14 per cent of the respondents in Punjab remain undecided. It is this group of voters that will clearly determine the final result of the 2018 election.

This finding is consistent with the polls conducted by Gallup and Pulse Consultants during May 2018 which also show that undecided voters hold the election in Punjab in the balance.

Your checklist for the day