Home » Overwhelmed morgues: why China is entirely to blame for the current COVID catastrophe 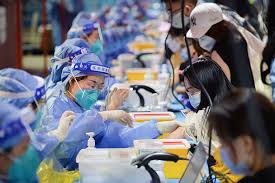 The elderly are dying at an alarmingly high rate, there is a severe shortage of anti-fever medication, and morgues are overflowing with bodies.

Beijing has had over three years to get ready for the lifting of pandemic limits and to learn from other nations, so how has it managed to muck this up? Chinese officials and state media have found it difficult to portray the move favorably since Beijing abruptly reversed course on abandoning the zero-Covid policy more than two weeks ago.

They claim that the severe coronavirus controls, which have cut off the nation from the rest of the world over the past three years, have given the 1.4 billion people living there valuable, life-saving time.

By emphasizing that although the most recent Omicron variants may be highly contagious, the symptoms they cause are mild, they have also attempted to change the public’s perception of the virus, which up until last month was described as serious and deadly in the official narrative to justify zero-Covid.

Additionally, they have made an effort to make it appear as though the sudden reopening in the middle of winter, when respiratory viral illnesses often peak, was deliberate and planned.

Unfortunately, the reality is much different; there is a severe scarcity of fever medicine, hospitals and emergency services are overburdened, there is a severe lack of blood in many places, the death rate among the elderly is skyrocketing, and morgues and crematoriums are overflowing with bodies.

In other words, compared to other nations, China is poorly unprepared for the inevitable turmoil that has arisen since the restraints were removed.

So the question is, how has China bungled this up given that it has had almost three years to study other nations’ experiences and get ready for reopening?

Before I attempt to respond, allow me to briefly describe the tragic and terrifying incident that occurred to a close friend of mine this week in Beijing, whose father passed away as a result of not receiving the necessary medical attention.

On Monday afternoon, the 84-year-old father of a friend who had previously suffered a stroke started feeling poorly. While trying to get on an aircraft back to Beijing while on a business trip in Hainan, my companion called the 120 emergency hotline, which was constantly busy, perhaps due to heavy demand.

His mother finally got through at ten o’clock, and an ambulance showed up within ten minutes. After another ten minutes, the father of one of my friends had been moved to the ambulance and was being transported to the prestigious Dongfang Hospital, which is connected to the Beijing University of Chinese Medicine. It is situated in the city’s southern Fengtai district, in the middle-class neighborhood of Fangzhuang. It is 600 meters away from the family’s home compound.

My acquaintance was astonished to see that his father was still in the ambulance when he arrived in Beijing around midnight and hurried to the hospital. For almost two hours, it had been parked in front of the hospital’s door.

He was informed that his father was being kept alive in the ambulance on oxygen since the hospital was out of ICU beds and oxygen tanks.

A medical professional informed my friend that they had to stop waiting after another agonizing hour or so since his father’s condition was getting worse.

They chose to wheel his father into the intensive care unit and gamble. An emergency worker is heard informing an ICU physician in a video that my friend took that the patient was dying and could not wait much longer.

They eventually secured an ICU bed, but approximately 15 minutes later his father passed away. According to his death certificate, he suffered from sudden cardiac death and passed away at 1.59am on December 20.

You might be wondering why my friend, who had trouble reaching emergency services earlier in the day, did not turn to his friends or the local authorities for assistance. However, getting assistance was challenging because most of his friends and neighborhood leaders were afflicted and sequestering themselves at home. A very ill individual must be moved with professional skill. It was also impossible to transfer his father to a different medical facility. The scenario was much the same in every hospital in Beijing.

My buddy afterwards learned that the very ill patients’ families had been forced to bring their own beds into the hospital. One nurse confided in him that she was just too weak to carry an oxygen tank because her workload was two to three times the average. She had been informed that no assistance would be provided that evening because many of her coworkers were sick and staying home.

Remains bags were lined up against walls and inside a warehouse when my friend brought his father’s body into the hospital mortuary because the freezers were at capacity. He was informed that because to the high demand, it would be at least seven days before his father’s body could be incinerated. The situation my friend is in is not unusual. Similar horror tales may be found all over Chinese social media. A renowned figure has been keeping track of deaths every day to draw attention to the very high mortality rate among well-known Peking University academics in their late 70s and early 80s.

According to numerous reports, China reversed course on its zero-Covid policy and lifted practically all restrictions as a result of widespread demonstrations in late November. But only the protests served as the ignition. The fundamental problem is that China’s officials have now fully realized the severity of the policy’s disastrous effects on the country’s economy.

The government’s misplaced priorities from the beginning have made the lack of preparation for this situation worse. Beijing has spent billions of yuan on mass testing, the construction of massive quarantine facilities, and improvised hospitals in place of medical care. Imagine how different things would have turned out if Beijing had invested all of those funds and resources in public health infrastructure, including neighborhood clinics all around the nation that could have better handled the influx of cases. Additionally, the government’s approach to immunization was flawed from the start. The National Health Commission strongly advised that only those between the ages of 18 and 59 receive vaccinations when China first began to introduce vaccines. That fostered the idea that older individuals, especially those with underlying medical issues, should not receive the immunizations. Its main justification seemed to be that although the elderly mainly stayed at home, people between the ages of 18 and 59 would need to work and require protection from the virus.

The NHC’s recommendations were in opposition to the widespread practice in most nations, which prioritized the elderly and other vulnerable groups. As a result, it has been extremely challenging for the government to convince older individuals to get immunized. Another problem Beijing created for itself is the severe lack of fever-relieving medications. Strict regulations have made it illegal to purchase such medications over-the-counter for the past three years in an effort to send everyone sick with the virus to quarantine centers and temporary hospitals. As a result, there are now restricted supplies of fever medication in all pharmacies nationwide, and pharmaceutical companies have drastically reduced their manufacture of it. They are currently being asked to increase production nonstop by the government. In addition, hospitals across the nation lack the ICU beds and equipment necessary to handle the surge in coronavirus cases since medical resources were diverted three years ago to mass testing and quarantine. Additionally, hospitals are in desperate need of experienced and trained medical professionals to staff such ICUs. The authorities are currently speeding up ICU doctor and nurse training and recruitment, but this requires time, which they lack at this crucial time 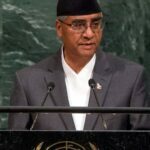 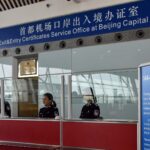