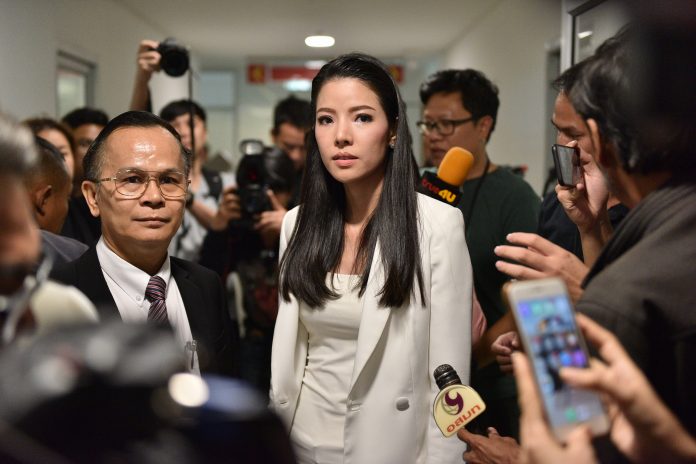 A partial reflection in a dinner knife, a months-old zebra photo and a lot of innuendoes were enough for virtual Thailand to pin a scarlet letter of shame on a television news anchor.

After being labeled by an internet witch hunt as a homewrecker, Orakarn “Kwang” Jirakiat filed a criminal complaint Monday against mostly unidentified social media users who accused her of committing adultery in a story she amounts to internet fanfiction. Orakarn, a news anchor for channel True4U, filed a complaint at the Technology Crime Suppression Division against Facebook page Kum Kwan Tai Din (Underground Slogans) for accusing her of coming between married celebrity couple Songkran Tejanarongand Taksaorn “Aff” Tejanarong, who celeb media culture calls SongkranAff. “I want this to be a lesson to everyone. Social media is so much scarier than I thought it could ever be,” Kwang said Monday.  Source: Khaosod