Home » Oh deer, Jeremy! Toe curling moment Clarkson confidently pronounces the WRONG answer on Who Wants To Be A Millionaire?

Viewers of cult ITV show Who Wants To Be A Millionaire were left in shock last night after host Jeremy Clarkson ended his final show with a gaffe.

Stunned contestant Alan Horsburgh from Kirkcaldy in Scotland, was flummoxed by the £16,000 question ‘What type of wild animal is an ibex?’

He was given four options: goat, pig, hare and deer.

Alan had already used his Ask the Host lifeline, so couldn’t ask the former Top Gear presenter if he knew.

But that didn’t stop Clarkson, who replaced Chris Tarrant as the show celebrated its 20th anniversary, from declaring ‘I’m going to really annoy you now. I know the answer.’

Alan decided to phone his friend Tom, who confidently told him deer was the correct answer.

The contestant then told Clarkson ‘deer’ was his final answer and the host confidently replied ‘I’m not even going to look at the screen. That’s the correct answer.’

It wasn’t the correct answer, and embarrassingly, goat flashed green rather than deer.

Humiliated Clarkson then had to tell the contestant he’d lost £15,000

The host then tried to save it by telling the contestant he wasn’t walking away empty handed.

Craig Munro said: ‘One of the TV highlights of 2018 so far, as Jeremy Clarkson is so confident the Who Wants To Be A Millionaire contestant was correct he doesn’t bother looking at his screen to confirm before congratulating him. He was wrong, and the contestant lost £15,000’

Another added: ‘I cannot believe what’s just happened on Who Wants to Be a Millionaire this would have never happened on Tarrant’s watch hahahah.’ 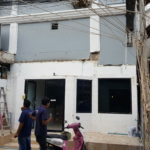 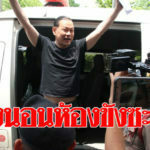