Home » Newcastle 0 Crystal Palace 1: Spot On Luka Does It Again!

Crystal Palace Move Up To 39 Points Thanks To Another Luka Milivojevic Penalty. Match Highlights. Manager Comments. Player Ratings and Stats.

Luka Milivojevic On The Spot Again

Crystal Palace have scored 39 goals this season and Luka Milivojevic is their top scorer with 11. Ten of them of have come from penalties. He’s scored one goal from open play, against Leicester, and missed one penalty this season against Everton.

He tucked this penalty away in the 81st minute after Wilfried Zaha had been taken out by DeAndre Yedlin. It’s the same scenario for most Palace penalties. Zaha is fouled and Milivojevic converts.

Six In The Last Quarter Of Games

Six of Milivojevic’s penalties have been scored on or after 75 minutes which suggests that as the game progresses, and defenders tire, they are more likely to bring Zaha down in the box. Another two have been awarded after half-time with only two before the break.

The one he missed, when Palace lost 2-0 at Everton, came in the 59th minute when Jordan Pickford saved with his feet. For the record, Seamus Coleman fouled Zaha that time.

Man of the match: Martin Kelly 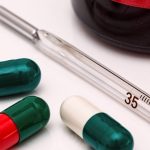 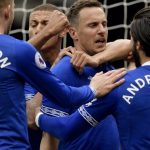