In a bid to prepare for the November 1 reopening, the Tourism Authority of Thailand (TAT) released three guidelines at a video conference on Thursday.

This was after the Centre for Covid-19 Situation Administration (CCSA) announced earlier on the same day that Thailand will allow double-jabbed tourists from 10 countries, including the US, UK, Germany, Singapore and China, to enter Thailand without having to quarantine. CCSA will review the list regularly every two weeks.

Meanwhile, TAT governor Yuthasak Supasorn said that though Thailand will be open to everyone, different rules will apply to people based on where they come from and the number of jabs they have had.

The first guideline applies to people from 10 countries who can land in Thailand and travel freely without quarantine.

The travellers are required to have stayed in any of the 10 low-risk countries for at least 21 days before they can be allowed to enter Thailand.

They must also have received two jabs of vaccines that have been approved by the World Health Organisation or the Public Health Ministry.

Travellers who were infected by Covid-19 within three months and have received their first jab more than 14 days ago can also enter.

Children below the age of 12 who have not been vaccinated will be allowed in provided they travel with their parents.

All travellers should produce an RT-PCR test result taken within 72 hours as well as present a medical certificate in case they were infected earlier.

Upon arrival, each tourist is required to download the “Mor Chana” app and travel to a hotel that can provide an RT-PCR test.

They are required to pay for the test and stay in the hotel until the test result is released. They can then travel freely if the test is negative.

The second set of rules is for fully vaccinated tourists who have tested negative but come from medium or high-risk countries.

They are required to stay within the “blue zone” for seven days and undergo two RT-PCR tests before being allowed to travel elsewhere.

This group can spend their first seven days in the provinces that were reopened in the sandbox scheme, namely Phuket, Surat Thani, Phang Nga and Krabi.

Arrivals after November 1, can spend their first seven days at a hotel in any of the provinces opening in the first phase including Bangkok, Krabi, Phang Nga, Hua Hin and Cha-am.

Meanwhile, those arriving after January can stay in provinces reopening in the third phase, including Surin, Sa Kaew, Chanthaburi, Tak and Kanchanaburi among others.

The third guideline applies to travellers who are not double jabbed.

Yuthasak added that travellers will not be required to produce a certificate of entry (COE) once the government lifts the state of emergency.

As for now, he said the process of applying for a COE will become far easier after November 1. 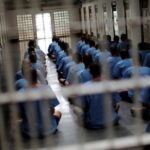