The National Science Museum (NSM) on Monday announced that its researchers had discovered five new species of ants in Southeast Asia.

The goal of their research is to learn about biodiversity in the region and survey the health of the ecological habitat.

Mr Weeyawat said that these five species had been known but never recorded in the Southeast Asian region until now.

Of the five new species of ants, two were found Thailand’s Tak and Nakhon Si Thammarat, while the three others were found in the Malaysian island of Borneo. They were named after the trio who found them.

Mr Bang-orn said the snails, which are vital to the limestone ecosystem, face the threat of extinction due to massive tourism, the cement industry, and the use of chemicals in farming. 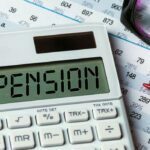 HOW CAN I ACCESS MY UK PRIVATE OR COMPANY PENSION EARLY?