A DEFORMED man called Graham was designed to be the only human who could survive a car crash.

He has built-in “crumple zones” in his skull, a barrel-shaped chest with fatty tissue surrounding it, and individual airbags between his ribs.

Some 165,000 people die in vehicle crashes every year, and while vehicles are getting safer, if we evolved certain new features, we could do away with seatbelts and speed limits altogether.

Although he may not be much to look at, Graham might just be the safest man on Earth.

He isn’t a real-life mutant from some dystopian science fiction tale, but rather a “cyborg” sculpture created by Australia’s Transport Accident Commission.

As cars and other vehicles have become faster and faster, the human body hasn’t evolved to survive devastating high-speed crashes.

Graham was created to have all the body parts a human would need to live through a high-impact collision without safety technology in vehicles.

As well as a large head with crumple zones, he also has no neck, a sunken nose, airbags between each rib, and limbs that bend in every direction.

The bizarre-looking model is made of fibreglass, silicone, and human hair, and was created by Melbourne-based artist Patricia Piccinini.
He was designed in collaboration with Melbourne Hospital trauma surgeon Christian Kenfield and first went on display at the State Library of Victoria in 2016.

His skull was designed to absorb shock like a crash helmet, with inbuilt crumple zones to survive any impact forces from a car’s windscreen.

These crumple zones also help slow down his head as it moves forward on impact and stops the force of the crash from damaging his brain.

The skull is also far larger than a human’s, with more cerebrospinal fluid and ligaments to brace the brain when it is involved in a collision.

Fatty tissue around protruding areas like the cheekbones help further absorb shock on impact, while the nose and ears are both sunken into the face.

Graham was also given stronger ribs and a large barrel-like chest to help withstand high-speed crashes, with sacks, similar to mini-airbags, placed between each of his ribs.

These absorb the force of the crash and reduce forward momentum, while also providing an inbuilt added layer of protection for his heart and other vital organs.

Graham also has a pretty nifty inbuilt defence to protect his legs in the event of a vehicle smash.

The shin is the most vulnerable bone in the body, with just a thin layer of skin to protect it, while injuries to the ankles, feet, and legs can cause long-term debilitation.

But Graham has strong hoof-like legs with added joints to allow him to jump quickly out of the way in a “spring-loaded” fashion.

“Cars have evolved a lot faster than humans, and Graham helps us understand why we need to improve every aspect of our roads system to protect ourselves from our own mistakes,” TAC CEO Joe Calafiore said.

“People can survive running at full pace into a wall but when you’re talking about collisions involving vehicles, the speeds are faster, the forces are greater and the chances of survival are much slimmer.”

When he first went on display, visitors were able to look under his skin and learn about his unique features with immersive augmented reality technology.

His creator, Piccinini, said his design allowed people to connect and empathise with him.

“He’s not patronising, he’s not imposing, he’s open to us and the eyes are where the work is.

“If he was aggressive or belligerent or sort of patronising we wouldn’t be able to do that.

Graham was described by the TAC as an “educational tool for discussion about human vulnerability,” while the project’s website said: “Graham shows us what we might look like if we were built to survive on the roads.

“He’s a reminder of just how vulnerable our bodies really are when speed and impact forces as low as 30km/h are at play.

Graham was taken around the state with the simple and effective message: “You haven’t got what I’ve got and if you drive safely, you won’t need it.” 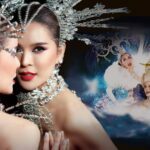 Facts You Never Know about Ladyboy Culture in Thailand 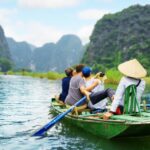 Vietnam to reopen to tourists on March 15