Home » Facts You Never Know about Ladyboy Culture in Thailand 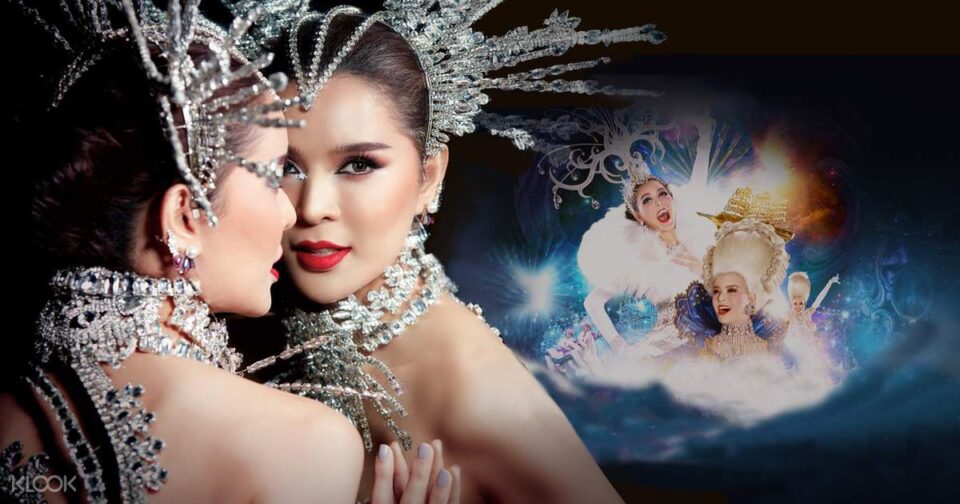 Thailand is known as the Land of Smiles, but it’s also know as the Land of the Ladyboys! Compared to other countries, like the Philippines or Malaysia, Thailand has a long history and higher population of ladyboys in the world.

As a matter of fact the word “ladyboy” is the English translation for “Kathoey”, a Thai word for transgender women and effeminate gay men.

1. Ladyboy, Transgender person or the third gender – They are called Kathoey in Thailand

The term “transgender” is rarely used in Thailand. Instead, the common term is, “Kathoey” which was once used to define intersex people, human beings who were born with ambiguous genitalia.

Kathoey have become entirely common in Thai society, like everyone else, they go about their daily affairs: shopping, meeting with friends, using public transport, visiting the temple.

Ladyboy, transgender or the third gender is rarely used in Thailand.

Miss Tiffany’s Show Pattaya 32 Finalist. Can you the different with real women?

Thailand beholds the highest rate of Transsexuals throughout the world. According to Sam Winter, the numbers differ from about 10,000 to (unofficial) 300,000. substantially above that estimated for transgender in most other parts of the world. Thai community creats a sound public opinion environment for those of a different sexual orientation. They can enjoy their freedom of expressing themselves.

3. History of Ladyboy in Thailand

The very first Thai ladyboy is said to present as early as the 14 centry. At that time, Thais started to identify waht is now known as ladyboy.

First Buddhist scriptures also mention 3 genders: a man, a woman and a kathoey. So, religion officially allows for the third gender to exist. Buddhist teachings also hold that the circumstances we live today are the product of the ways in which we lived our previous lives.

Another concept behind kathoey is the result of karma – in particular one was born kathoey as a consequence of some sexual misdemeanor in an earlier life or lives or that they failed to fulfill an expected role in the reproductive process, such as a man not caring for a woman who is pregnant by him.

Whatever the reason, it is important to note that the common belief says there is no escaping from the karmic consequences, everyone has been kathoey at once in previous lives and will be again in future ones, thus kathoey should be treated with compassion.

Kathoey acceptance in society depends on the area in which they live. In the bigger cities, it is more normalized to be kathoey. In more rural villages, treatment of kathoey is described as tolerance than acceptance.

The Miss Tiffan’’s Universe contest held once a year is receiving more attention especially since it is broadcast live on Thai television with an average of 15 million viewers. The Miss Tiffany’s Universe winner receives a trophy and crown, Honda Jazz, cash prizes, jewellery, and other gifts from sponsors.

See the contrast of winners of Miss Tiffany’s Univers:

You can discover more interesting things and pictures of each winner here: Tiffany Cabaret Show in Pattaya

Cabaret shows are popular and widespread in Thai culture. The Calypso in Bangkok is said to be where Lady Gaga gained a lot of her inspiration, and the Tiffany has been compared to the Miss Universe of kathoey culture.

These cabaret shows include elaborate song and dance routines with elegant costuming. One might be tempted to compare these shows to the drag shows in the US, but in these shows the performers are not just taking on a female persona; many of them identify as women.

8. They work as normal Thai people

The lifestyle of the kathoey varies as well. Mostly though, the kathoey live like other Thai people. They work as hair dressers, film makers, sex workers, waitresses, models, and other jobs that you would find any woman.

They have romantic relationships and are allowed to marry. Kathoey, like other trans people, are just that. People.

Kathoeys are more visible and more accepted in Thai culture than transsexuals are in other countries in the world. Several popular Thai models, singers and movie stars are kathoeys, and Thai newspapers often print photographs of the winners of female and kathoey beauty contests side by side.

The phenomenon is not restricted to urban areas; there are kathoeys in most villages, and kathoey beauty contests are commonly held as part of local fairs.

10. Varies “feminising” surgeries to choose from

Kathoey have easy access to hormones and surgery. Local chain drug stores can carry as many as 23 hormonal preparations, all available (without a doctor’s note) over the shop counter.

Many dress as women and undergo a wide range of  “feminising” medical procedures such as breast implants, hormones, silicone injections, or Adam’s apple reductions. That’s why a Kathoey is hard to distinguish.

would any Thai man want to be a woman? We might here answer ‘yes’ more readily than for many other societies; Asian or otherwise. Thai women occupy a more advantageous position in Thai society than elsewhere in Asia. These last authors remark that Thai males tend to revere females, referring to them as the ‘peht mae’ (gender of mothers).

Conversely, all things worthy of reverence are conceived of as feminine; for example a great river is called mae-nam (‘mother-water’). Traditionally, a man’s family has paid a bride price upon a son marrying, while property inheritance has traditionally been through the daughter.

It may be that the changing nature of womanhood has helped kathoey in efforts to be accepted as female.

12. Developmental pathways for who want to be a kathoey

Once a young boy has become discontented about his gender identity, he finds that modern Thai society opens up for him a clear developmental path. On one hand media personalities – TG actresses, singers, models, beauty queens – provide role models to aim for.

Nearer at hand an older peer or often a fellow student, may provide first social contact with a kathoey.

These older role models can provide the young kathoey with important information; initially regarding hormones, clothes, make-up, beauty contests etc, and perhaps later on extending to information about employment and surgery.

A word here about economics. A nose operation can cost from US$240. Sex reassignment surgery can cost from US$950. To save even that money one needs a job while salaries are low in Thailand.

The costs of surgery therefore act to draw kathoey to the cabarets and bars for work. The cabarets are often unobjectionable spectacles of dance, music and costume for tourists. While the salaries are small much more might can be earned from tips given by tourists taking photos.

The bars, on the other hand, provide a vehicle for prostitution. Both provide a way of earning the kind of money that make surgery possible. Also with hope of meeting a Westerner who might take her to his country, where, apart from anything else, she might be able to achieve legal status as a female and marry. That’s the ‘kathoey career’ for most Kathoey.

15. Must a kathoey undergo hormone therapies or transgender surgeries?

Today, the term kathoey is used to cover a broad spectrum of identities. This ranges from gay men that are more effeminate and may take on a persona in performance, not unlike drag shows in the US, to trans women.

It is important to note that identifying as kathoey, like other trans identities, is not dependent on the state of the body. Some kathoey undergo hormone therapies and gender confirmation surgeries, others do not.

16. Considered as men in law

As far as the Thai government is concerned, male to female transsexuals are legally men. Transsexuals cannot legally change their gender on their ID cards.

Transsexuals’ birth gender must remain the same on their passports as well, a fact which can lead to confusion and unwanted scrutiny at border crossings and immigration checkpoints.

Thailand also prohibits same sex marriage, meaning that when the partner of a transsexual dies, the deceased’s family receives any and all assets.

Of course, there are Calypso Cabaret and Tiffany’s Show Pattaya, but if you don’t want a big show and underbelly of ladyboy beckons, ladyboy bars is your best bet.

At Nana Plaza in Bangkok or Pattaya Walking Street, you can find some real ladyboy bars. There are things, or rather, for everyone – from higher, more sports bar staff to Japanese female student type pole dancers. 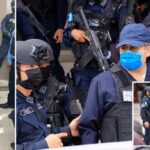 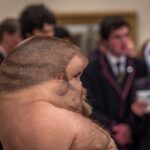 Mutant superhuman called Graham with crumple zones in his head