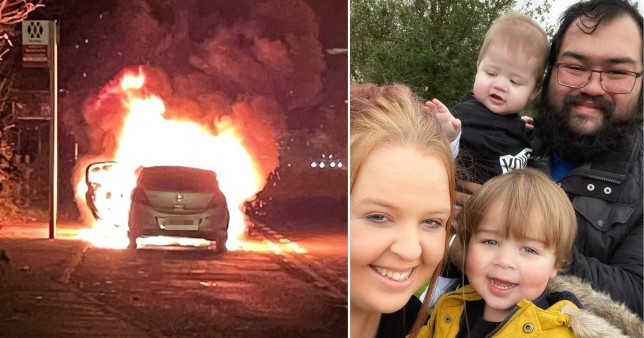 A mother-of-two has described how she rescued her infant children from her car after it caught fire, with seconds to spare before it exploded.

Mellisa Grant, 27, claims she turned on the heating in her Vauxhall Corsa to demist it just after setting off from her home in Walsall, West Midlands, on Friday, and saw smoke begin to pour through the air vents.

She said a fire appeared ‘seconds later’ in the passenger footwell while she was driving – just hours after getting the car serviced.

The petrified mum managed to get Braidan, three, out of his car seat but struggled to do the same for one-year-old Bradley as the vehicle was now ‘engulfed in flames’.

In a social media post written after the ordeal, she said: ‘I threw
Braidan away from us because I wasn’t [going] to leave Bradley.

‘I’ll die trying to save my baby, and the car was going to explode any second.

‘I managed to pull him out, not caring at this point if I broke his
arm because I pulled him so hard.

‘I ran with the kids to the nearest house screaming for help. The car
then exploded behind us as I was screaming.

‘The family in the house took my kids in as I threw up on their lawn
as I rang 999. I think I was still screaming.’

Melissa said she suffered smoke inhalation but her children were unhurt.

Her husband, Jaime, 29, ‘cut his hand open’ after rushing to the scene and punching in the front window in the belief his family were still inside.

The mum-of-two says she now suffers from ‘flashbacks’ and that Braidan regularly wakes his parents up after having nightmares about the incident.

She added: I don’t think I’m going to forget the moment I thought I was going to
die with my babies. And I feel like I might never sleep again.

The family claim they had owned the 2009-registered car fo five years and had had it ‘fully’ serviced, passing its MOT, earlier that day.

Melissa said she wanted to share her story so the incident ‘cannot happen to anyone else’ and is demanding ‘answers’ over why the fire broke out.

Vauxhall did not immediately clarify whether the model was included in a 2016 recall of more than 2700 Corsas, produced between 2006 and 2014, over fire risks.

West Midlands Fire Service confirmed they attended a car fire shortly after 6pm on Friday and treated the driver with oxygen. 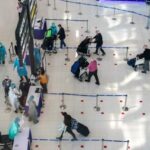 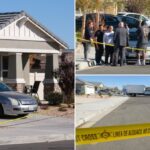 Dad arrested after four children and their grandma are shot dead