A mother has accused Vueling of overbooking her plane to Barcelona and leaving her stranded in Gatwick airport for most of the 22 hours before a repeatedly rescheduled flight took off.

Charlie Day, 33, from Chelmsford, Essex, claims she had to pass security with her husband and five-year-old son three times after her rearranged departure was pushed back at the last minute.

The final rescheduling took place at 1.30am, ten hours after their original departure time on Friday, changing the flight to 9am the next day – which forced them to shell out £140 for a hotel room nearby.

It followed a 90-minute wait at the gate during which passengers did not have access to water or a toilet, she added.

Ms Day said: ‘The conditions were just inhumane especially when travelling with a five-year-old.

‘When we first arrived, we had left plenty of time and there was a bit of queueing but nothing too crazy.

‘But when flights started getting cancelled it became jam packed. Everything was delayed.

Other passengers started to become ‘really irate’ as time went on and there was a ‘stampede’ when the gate for one of the scheduled flights changed 13 minutes before departure, Ms Day said.

She added: ‘We were told we couldn’t leave the room you wait in while waiting to board. There was no access to food, water or even a toilet. And everyone had been waiting around for so long.

‘At no point did a Vueling representative come out to apologise or even to hand out water. There were babies, toddlers and pensioners waiting to board.’

Although the family was eventually compensated over £1500, the 33-year-old said the immediate cost of the airport food and hotel was extremely stressful.

They also missed a ‘whole day’ of their holiday, which they had to begin after just three hours’ sleep.

A spokesman for Vueling said: ‘On Friday there were several operational issues which impacted the scheduling of our outgoing flights.

‘This affected our operations over the weekend. We always strive to offer a timely service, however, if this isn’t possible our priority is to organise the best alternatives for our customers.

‘Our team at Gatwick worked diligently to resolve these issues and our customer service team is in touch with those affected by the delays.’

Gatwick has been approached for comment. The airport has previously said responsibility for flight operational issues lies with airlines. 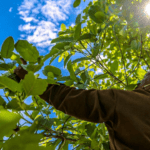 Which Are The Best Places To Buy White Vein Borneo Kratom? 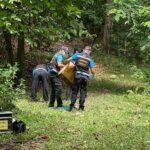