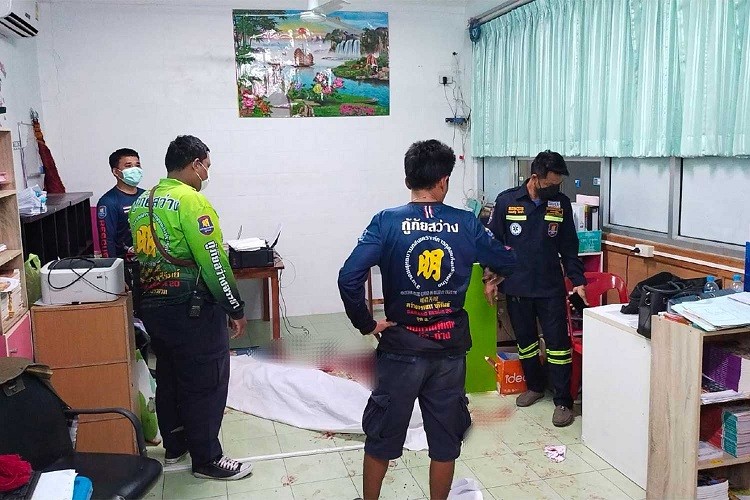 A 26-year-old man stabbed his estranged wife to death in a school classroom in Prasat district during lunch break on Thursday, and then broke both legs jumping from the two-storey building while attempting to flee.

Angkhana Judabud, 29, a teacher, was found dead inside a classroom.

Police investigators said it appeared Mr Voraphong killed her in a fit of rage after she refused to reconcile with him.

A security guard at the school said the suspect arrived there around noon and asked him whether Angkhana was working there that day.

He then took the man to her classroom on the second floor of the school building, where she was having lunch.

Two other teachers were eating outside the room, said the guard.

He later left the room.

The guard said someone called out, asking him to see what was happening inside the room. As he went to enter the room Mr Voraphong jumped from the second-floor balcony to the ground below.

Instead of getting away, he broke both his legs.

The guard said he saw the teacher was lying deathly still on the floor inside the classroom, bleeding from a stab wound near her left ear.

The school director suspended classes and called a staff meeting.

A source alleged that Mr Voraphong had threatened to kill his wife three days earlier.

Angkhana had learned that her husband was romantically involved with another woman, and this led to frequent quarrels.

They had two children, the source said.

Rescue workers prepare to remove the body of Angkhana Judabud, 29, from her classroom at Suwanvijitwitthaya School in Surin province on Thursday. She was allegedly stabbed by her husband, Voraphong Chankhana, 26. (Photo: Nopparat Kingkaew) 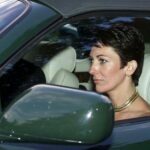 Sex trafficking Maxwell faces up to 55 years in prison 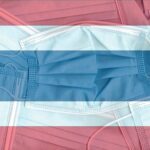