ADUL SAMON, one of the 12 boys who were rescued from Tham Luang Cave in Chiang Rai last year, was presented a Global Citizen’s Award for his leadership during the salvage operation.

The 16-year-old boy received the inaugural award from Middlebury College, which will also provide an English-training camp at his school later in the year.

“Adul’s inspiring story is exactly what we had in mind for the Global Citizen’s Award,” Middlebury College president Laurie Patton was quoted as saying on the college website.

“Our intention is to recognise a person who, through their communication skills and compassion, are able to change the world with no expectation of being in the limelight – a global citizen who has been working without recognition,” said Patton.

Adul was born in 2003 in Myanmar’s Wa State, and was brought to the Hope Mae Sai Church in Chiang Rai when he was six. He was later taken in by the pastor and his wife, who enrolled him at the Baan Wiang Phan School.

The youngster became a top student, excelling in academics, including the study of English, Thai, Burmese and Mandarin, as well as an accomplished athlete, participating in soccer, volleyball, and track and field, the website said.

In order to offer something to Adul’s school community, Patton said the college has established a three-year summer internship programme — in collaboration with the Baan Wiang Phan School in Mae Sai district — that will have Middlebury students teaching English at the school.

“We talk about global engagement as an equal exchange of educational goods,” said Patton.

Hannah Krutiansky, 19, majoring in geography, and Anh Bui, a master’s student in the Middlebury Institute’s Teaching Foreign Language programme, will serve as the first interns in the new programme this summer.

“The message of the Baan Wiang Phan School of educating everyone regardless of their citizenship or nationality is directly in line with everything I believe in, particularly since I have spent the last two |summers working with non-profits that provide legal representation |to asylum seekers,” said Krutiansky.

Krutiansky said the fact that her family arrived in the US as migrants and struggled to learn the language motivates her to help others in a variety of capacities.

In June 2018, Adul and his teammates and coach became trapped in the Tham Luang Cave, where they’d gone exploring. Rapidly rising waters due to heavy rain created dangerous conditions for rescue teams working to get the boys out.

Their two-week ordeal came to an end when British divers, in search of the missing boys, discovered them deep in the cave.

Adul took on an unexpected leadership role during the rescue operation when, due to his knowledge of four languages, he offered to translate, which enabled him to effectively communicate with the divers, asking questions and keeping his friends informed, the website said.

All 13 members of the soccer team were safely rescued over the course of several days. Adul has since returned to school and is continuing his studies. 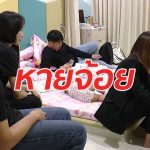 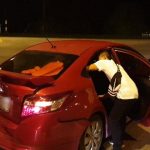