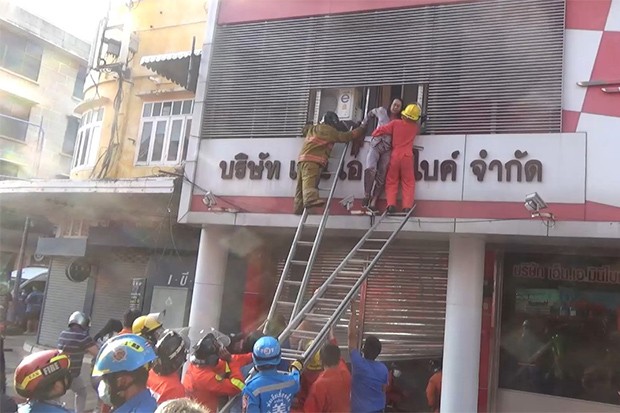 A fire broke out at a motorcycle showroom belonging to N.A. Minibike Company in Hat Yai district on Sunday morning. There were no casualties, police said.

The fire started at about 7am.

The Nakhon Hat Yai Municipality dispatched seven fire engines to the showroom, a two-storey shophouse with two fronts, on Supasan Rangsan road in front of the Kim Yong market.

The fire was brought under control in about 30 minutes. Three people who were trapped on the second floor — the showroom owner, his son and daughter — and their four dogs were rescued unharmed when firemen went up to the second floor on ladders and brought them out via front windows.

The motorcycles on display on the ground floor were not damaged.

An investigation was underway to establish the cause of the fire.