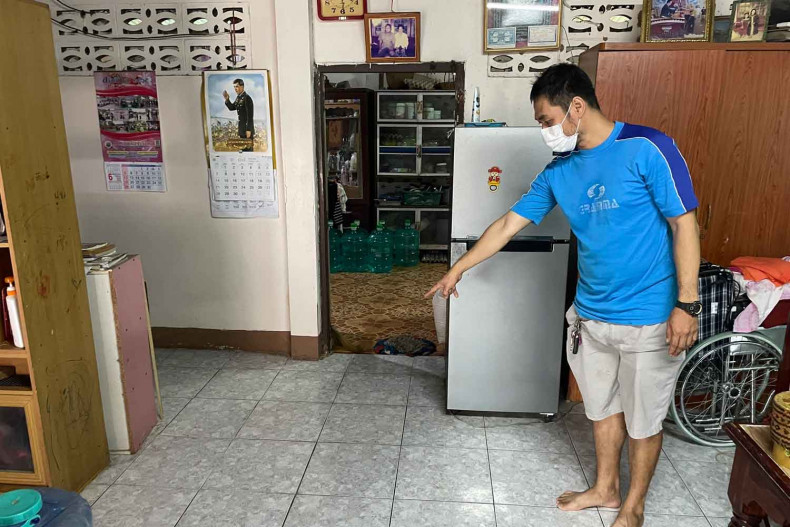 A jobless man with a history of drug use was arrested after his elderly mother was bashed on the head and killed in Bua Yai district on Sunday, police said.

Banyen Yokbat, 70, was attacked about 3.30pm at her home in Ban Bua Yai community of Bua Yai Municipality.

She was rushed to Bua Yai Hospital by her son-in-law. She had serious head injuries caused by being hit with a hard object and died shortly after being admitted.

When police arrived at the house the woman’s son Veerayut Yokbat, 36, was still there.

The woman’s son-in-law, Mana Kattiya, 39, said he heard her crying for help and rushed into the house. He saw Banyen being hit on the head by Mr Veerayut and bleeding. He was not clear what her son hit her with.

He rushed her to the hospital.

A neighbour, Surachit Sriwuthipong, 68, told the police that Mr Veerayut had no job and was known to be a former drug user. Mr Veerayut had quarrelled with his mother, who was taking care of her bed-ridden husband, before she was killed, he said.

Mr Veerayut was arrested and taken to Bua Yai police station for questioning.

Mana Kattiya points to the spot where his mother-in-law, Banyen Yokbat, 70, was hit on the head and killed in her home in Bua Yai district, Nakhon Ratchasima, on Sunday afternoon. Police arrested her son.(Photo: Prasit Tangprasert) 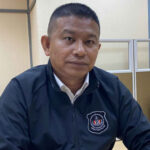 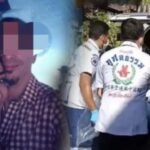 Greek arrested in Athens over murder of Thai wife