Home » Crew missing after Philippine ship runs aground in typhoon 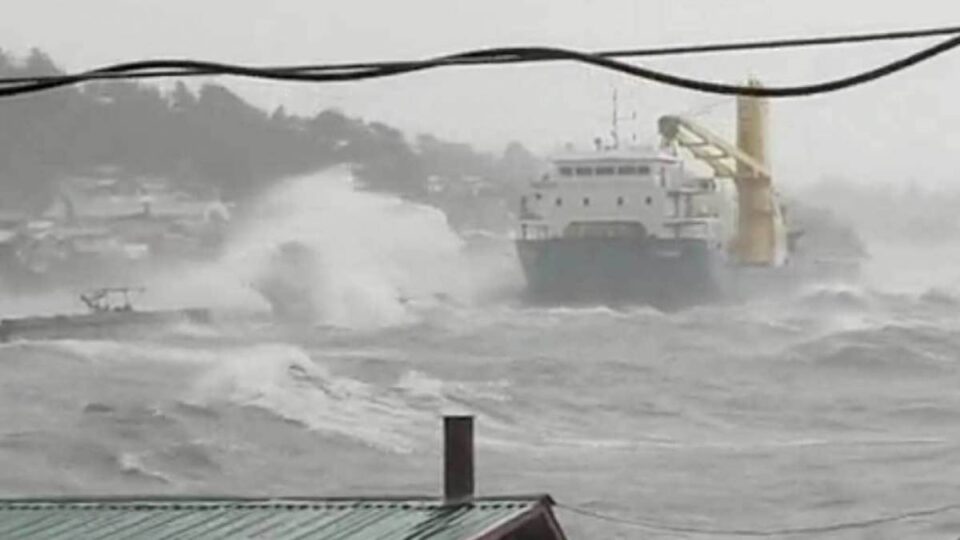 A search was under way Tuesday for 20 crew members missing in the Philippines after their cargo ship ran aground while seeking shelter from rough waters churned up by a typhoon, the coast guard said.

The crew abandoned the vessel laden with nickel ore on Monday after it hit the shore at Malimono town on the southern island of Mindanao.

Eighteen of them were still in a life raft when contact was lost on Tuesday, coast guard spokesman Armand Balilo said. The whereabouts of the other two are not known.

“We had contact until this morning while their life raft was drifting. Search and rescue teams are having a hard time due to strong waves,” said Balilo, adding an aerial search was also being conducted.

“They reported to the (coast guard) station commander that two members of their crew were separated from them.”

Balilo said they had not received a report on the condition of the Philippine-registered Cebu Great Ocean, which was carrying 2,000 litres (528 gallons) of diesel fuel.

At least two people have died in the central Philippines as Typhoon Surigae skirts the country, forcing nearly 160,000 people to seek emergency shelter from flooding and strong winds, a disaster agency said.

Surigae is not expected to make landfall, but is packing maximum sustained wind speeds of 175 kilometres (109 miles) an hour near its centre, nearly 500 kilometres off the country’s east coast.

Thousands of people and hundreds of vessels were stranded at seaports, authorities said, as the typhoon moved slowly in a northwesterly direction off the main island of Luzon.

It was expected to veer away from the country in the coming days, the state weather service said.

The Philippines is hit by an average of 20 storms and typhoons every year, a dangerous and disruptive part of life in the country. 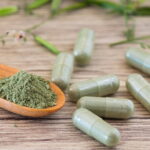 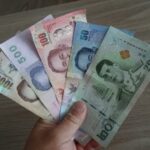 Another 2.4 million people to register for the government’s cash-handout “RaoChana”