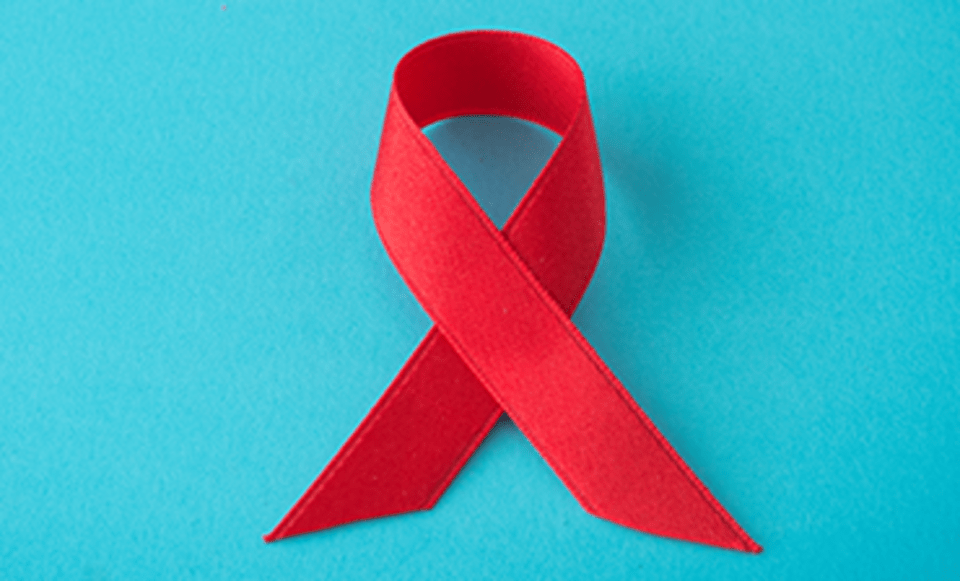 The number of new HIV diagnoses among straight people is higher than in gay and bisexual men for the first time in a decade, the latest figures show.

Half of all new HIV infections were in heterosexual people (50%) in England in 2020, compared to 45% in gay and bisexual men.

The statistics from the UK Health Security Agency have been released as part of National HIV Testing Week, which starts today.

Allan Batcock, a straight man who was diagnosed with HIV around 12 years ago, spoke exclusively to Metro.co.uk with the aim of fighting the stigma around the virus.

‘I had just entered into a new relationship after getting divorced, and before that I had being going out and, you know, having a bit of fun as I was single again,’ the 45-year-old said.

‘I went for an STI check – just an MOT kind of thing, not because I thought I was at risk or something was wrong, but I felt like I should get it done.

‘And that was how it got picked up. The consultant was horrific, I just remember her telling me, “There’s no easy way of saying this, but you’re HIV positive.”

‘And I crashed, quite simply.’

At the time of Allan’s diagnosis – as a heterosexual man in his 30s – he said he had ‘next to no education’ about HIV, and said all he could think about was the memorable tombstone leaflet from the 1980s which read: ‘AIDS: Don’t die of ignorance.’

‘I [previously] just thought, this doesn’t affect me. It only affects gay and African people,’ Allan, from Cheshire, explained.

When Allan was diagnosed, he said it was at a time when he didn’t receive treatment until his condition became much closer to AIDS – which was around two years later.

He said: ‘Everything has progressed so far since then you now start treatment the week of your diagnosis. It stops it before the virus has any chance to affect the body.

‘HIV is no longer a death sentence, it’s a treatable condition. There are far worse things you could get.’

According to the NHS, HIV (human immunodeficiency virus) damages the cells in your immune system and weakens your ability to fight everyday infections.

AIDS (acquired immune deficiency syndrome) is the name used to describe a number of potentially life-threatening infections and illnesses that happen when your immune system has been severely damaged by HIV.

While AIDS cannot be transmitted from one person to another, the HIV virus can.

HIV is usually transmitted through the body fluids of an infected person, and does not survive outside the body for long.

The most common way of catching it in the UK is through sex without a condom, but it can also be transmitted through injecting equipment, breastfeeding or during pregnancy.

Antiretroviral medicines are used to treat HIV right away and stop AIDS developing.

If you have HIV, have been taking effective treatment and your viral load has been undetectable for six months or more, it means you cannot pass the virus on through sex.

This is called undetectable=untransmittable (U=U).

The first ever drop in new HIV diagnoses among gay and bisexual men was in 2014, and has continued every year since.

Experts believe this fall is a result of the growing availability of HIV prevention pill PrEP and targeted promotion of routine HIV testing over the last decade.

Organisations like sexual health and HIV charity Terrence Higgins Trust hope to replicate this across the wider population, by raising awareness among heterosexual as well as homosexual people.

Charity Nyirenda, 49, was diagnosed with HIV in 2003 after finding HIV treatment in the bedside drawer of her then-boyfriend.

The Londoner told Metro.co.uk: ‘I never, ever thought the result would come back positive but it did. He must not have been taking his medication correctly or regularly enough as he wouldn’t have been able to pass on HIV to me if that was the case.

‘But I’m glad I found them as would never have tested otherwise, and had never tested before. I was devastated at the time, but I had counselling and learned a HIV diagnosis wasn’t anywhere near the death sentence I thought it was.

‘I was lucky I got a warning to test, many people don’t until they start to get ill.’

She said she was ‘very shocked’ by her diagnosis and previously had ‘shameful views’ about HIV – but now she is educated she is ‘on the other side of that and knows that anyone can be affected by HIV’.

Straight people were also far more likely to be diagnosed late, meaning damage to the immune system has already begun.

Allan added: ‘One of the biggest issues with HIV now is a late diagnosis – somebody who’s lived with HIV for a long time and not known.’

‘Because heterosexual men are not classed as at risk, they do not get tested. Heterosexual women are in the same boat. That’s where the problem is.

Charity, who is now on posters and in leaflets promoting National HIV Testing Week, said: ‘If like me back then, you’ve never tested for HIV then I would say do it.

Most people will receive a negative result but it’s important to know for sure as undiagnosed HIV is bad for your help and could be passed on.

‘Anyone can be affected, and we should all be aware of how to protect ourselves. Now the treatment I take means HIV is undetectable in my blood which means I can’t pass it on.

‘I’m a proud black woman and many in my community don’t want to talk about HIV. People say nasty things which aren’t based on the realities of it.

‘But burying your head in the sand about anything isn’t the way forward. HIV is simply a health condition.’

Allan added in many ways the stigma is the ‘one of the most difficult parts’ of having HIV and stressed the importance of education among straight as well as gay people.

He said he was once asked if a risk assessment was required for him to work with children, people often think he’s hiding that he’s gay, and he has also had people ‘straight up’ getting up and walking away from the table when he’s told them while on a date.

He said though when he reconnected with school sweetheart Marie – now his wife with three children between them – it was different because she was educated in what having HIV meant, and didn’t treat it like a death sentence.

Allan, who is an engineer and welder by trade but currently cares for two of their children – who are on the autism spectrum – full-time, said: ‘There are a lot of people I know who are positive, and they haven’t told anybody in their inner circle, not their family, kids or work.

‘They are petrified of anybody finding out – even to the point where they take their empty pill pots to the other side of town.

‘That’s what we need to combat – that people feel a need to be doing that. We need to make it as normal as insulin for diabetes.’

He added he felt there needs to be more support for HIV positive straight people – particularly for men, due to disproportionate levels of suicide among men generally – to encourage more people like him to speak out.

Allan, who is part of Terrence Higgins Trust’s Positive Voices project which speaks to schools, workplaces and other audiences about HIV, said he’s come a long way since his diagnosis.

‘I’ve taken something that I was so scared of – that scared me to death – and I’ve turned it into a way I can help people,’ he said.

‘Through the years of counselling I did, I had to look very deeply at who I was, and I recreated myself into the person I wanted to be, and that was one of the biggest plus points.

‘I went down to the deepest, darkest hole you can imagine, but I’ve dug myself out, and that, in turn, with the support of my wife and kids, allows me to help more people.’ 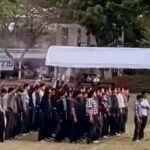 Four students have been arrested for firing guns into the air 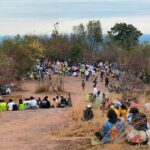