Heavy rain is expected in many areas of Thailand from now until the end of next week due to the influence of a tropical storm in the South China Sea. The Meteorological Department has advised people to be on alert for flash floods and landslides near steep mountainous slopes.

The tropical storm will increase the volume of rainfall in Bangkok, the South and the Gulf of Thailand and will also help replenish the water in reservoirs in some areas, especially in the northern and northeastern regions, which have suffered from a lack of rainfall for a long time.

Phuwiang Prakhamin, Director-General of the Meteorological Department, said Thailand will be most affected from August 2-3, before the storm begins to dissipate on August 4.

There will be strong waves in the Andaman Sea and the Gulf of Thailand and seafarers are asked to proceed with caution and to avoid the areas where there are thunderstorms. Small boats should remain ashore until August 6, while people in risky areas, especially the areas which are adjacent to the mountains, are asked to be on alert for possible landslides. 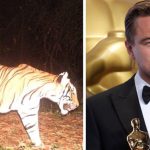 Leonardo DiCaprio thanks Thai authorities for rise in tiger numbers 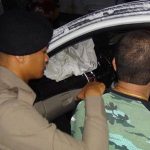 Yaba Drug spills out of car in accident

Mark KellyJune 5, 2020
Despite global reopening push, some jobs are gone for good Factories and stores are reopening,...
END_OF_DOCUMENT_TOKEN_TO_BE_REPLACED