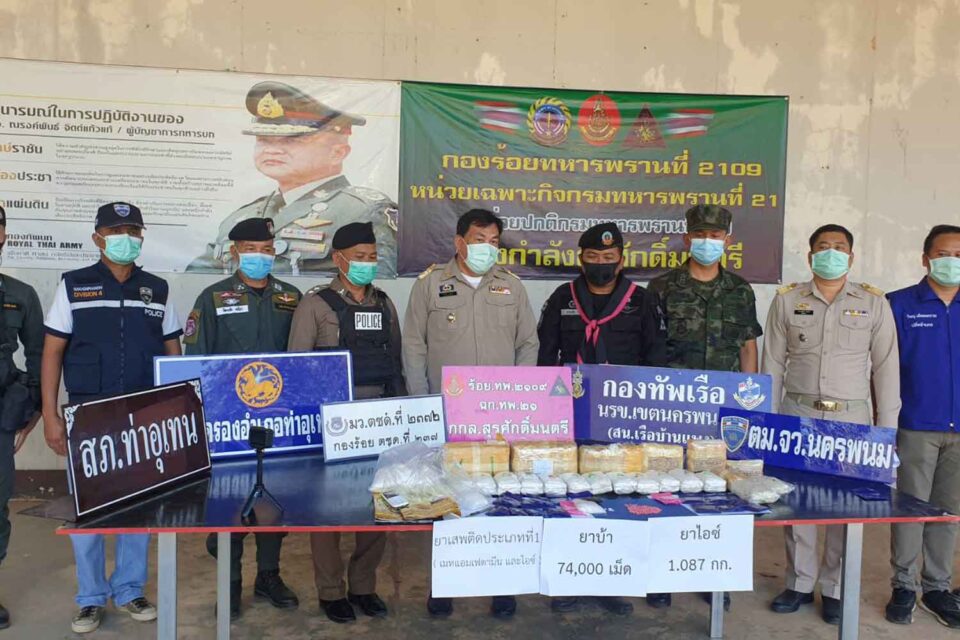 Soldiers arrested one man and seized 74,000 methamphetamine pills and a kilogramme of crystal methamphetamine that had been smuggled across the Mekong river from Laos, in Tha Uthen district on Tuesday night.

A patrol from Ranger Company 2109  laid in wait on the bank of the Mekong river, near a village in tambon Tha Champa.

They were deployed on information that drugs would be smuggled from Laos on Tuesday night.

They spotted three men converging on two boxes left on the river bank.

The rangers moved in to arrest them.Two managed to flee.

The drugs were valued at 10 million baht, and believed to have been smuggled by boat from Laos.

Mr Withaya appeared to be high on drugs when arrested, the soldiers reported.

He was charged with drug smuggling and handed over to Tha Uthen police for legal action. 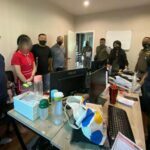 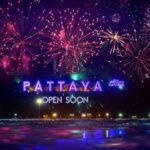