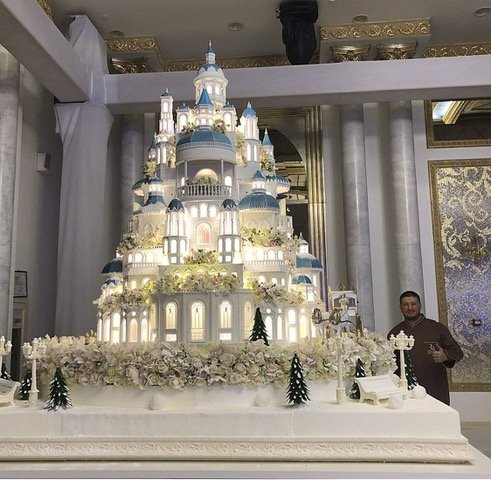 Russian boxer-turned-baker Renat Agzamov was commissioned at the last minute to make the stunning centre-piece for a plush ceremony in Kazakhstan.

Renat’s staff worked round the clock without sleeping to produce the wedding cake at an estimated cost of round 178,000 USD.

The fully edible desert even has a bride and groom with eyes made from caramel that glisten under the lights to give the appearance that they are moving.

While a moving track around the edges pulls a horse and carriage and lights on the inside of the cake illuminate the palace.

Renat said: ‘’This was a very beautiful wedding with a lot of stars. It’s hard to surprise celebrities, but none of them could believe the extravagance of the cake.

‘’The wedding cake was the main hit of the evening. Our team took on all the risks. They did not sleep for three days.

‘’We even wanted to make the wedding characters more realistic and used caramel for their eyes.”

Renat Agzamov was a Russian boxing champion who built up a new career outside the ring as a celebrity confectioner in demand from some of the richest people in the region. 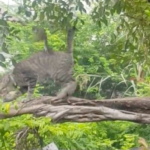 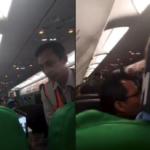 Passenger kicked off plane for smoking on tarmac