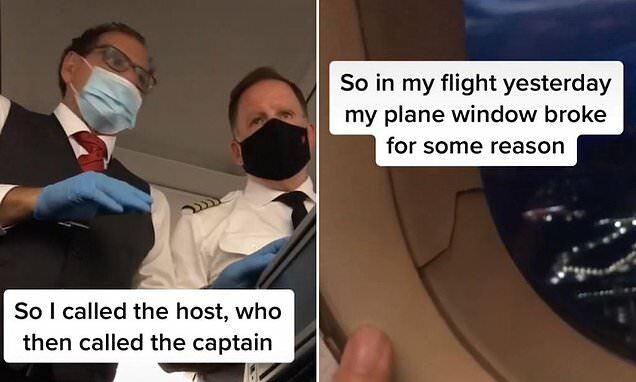 Prepare to see any nervous flyer’s worst nightmare come true – this video shows the window of an aeroplane appearing to break, much to the consternation of the passenger sat by it:https://theladbible.com/jw-iframe.html?videoId=RvOqkKq3

Karl Haddad was flying from Lebanon to Montreal, after stopping off at Toronto, and he quite reasonably fell asleep.

After 30 minutes, he woke up with his head on the window only to discover that the plastic around it was broken.

Of course, unless it’s caught on camera and uploaded onto TikTok, it didn’t really happen, so he put the anxiety-inducing evidence out there for all to see.

Speaking to Buzzfeed News, Karl said: “Right after half an hour in, I was sleeping on the window, and [I realised] it’s broken. I poked at it a little bit to see if it was a big crack.”

He added that he had a ‘mini heart attack for about 10 minutes’ – well, you would, wouldn’t you?

Karl continued: “The [flight attendant] came and she asked if I was fine. I told her yes, and that the window was cracked. She asked me to poke it in front of her. She said it was pretty bad, and she said she was going to call the captain.”

As you can see from the TikTok video above, the captain did come over to his seat. At this point, Haddad says he was told it was the ‘inside layer’ of the window which had come loose.

Although no other passengers on the flight were notified, the captain told Haddad and his sister (with whom he was flying) that the crew would be landing the plane as soon as they could.

In his TikTok video, Haddad said that the crew were ‘forcing landing’ but also told Buzzfeed that the emergency landing wasn’t to take place at a different location.

The plane landed at Montreal but Haddad thinks they decided to land as soon as the captain was told about the window.

He also told the news outlet that he saw on the live flight map that it had started to descend immediately.

Air Canada told LADbible: “The part in question is a window blind frame assembly, where the window blind slides up and down.

“This is a plastic part of the trim around the window and not a critical structural part.” 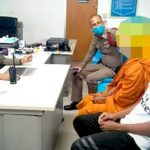 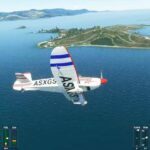