Facebook user Bin Koh on Monday posted a video of a man, “Jack”, battering a woman, Bin Koh’s friend, in Don Muang on Saturday – footage that quickly went viral. The video shows the woman trying to push away “Jack” before he punches her in the face. Despite onlookers trying to stop him, he shoves through them and delivers several kicks to her body and face.

Bin Koh explained in the video’s caption that her friend and “Jack” used to be in a relationship before Jack kicked her out of their house. The beating began when Jack came to ask her to get back together and she refused.

“My friend is very stressed and not ready to give an interview,” Bin Koh wrote in post this morning asking reporters to hold off from contacting her. “I can’t decide for her what she wants to reveal to the public. An update: she will get a checkup at the doctor’s today.”

Bin Koh added that her friend filed a police complaint the day of the assault.

Many of the 12,000-plus comments under the video condemn the man’s actions, but some defended the physical violence.

“It seems to me that she started it, so he just couldn’t take it,” Alongkorn Tongsukdee said, referring to the woman pushing the man away.

Domestic violence against women is rampant in Thailand, with men routinely batteringtheir partners and citing reasons of jealousy. When these fights occur in public, social norms often deter onlookers from intervening. 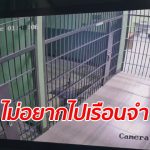 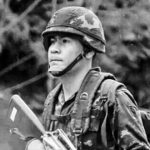