On 12 minutes Lionel Messi picked the ball up inside the United box on the left side. He clipped a delicate chip to the back post where Luis Suarez climbed highest and directed a header across United’s six-yard box. Shaw, trying to get out of the way more than anything else, could only deflect the ball into his own net. If he’d have missed it Philippe Coutinho would have an easy chance to head in.

On 40 minutes Diogo Dalot had a great chance to equalise for United when he found himself with time and space four yards from goal to meet Marcus Rashford’s cross. Unfortunately, his header went closer to hitting the corner flag than bulging the net. That came after David de Gea produced a good save from Coutinho to keep United in the game.

In March 2005 United lost at the San Siro Stadium to AC Milan when Hernan Crespo scored with a 61st minute header that looped passed United keeper Tim Howard. In that game United, as they’ve just done against Barcelona, failed to register a shot on target. Cristiano Ronaldo, Roy Keane, Paul Scholes, Ryan Giggs, Wayne Rooney, and Ruud Van Nistelrooy all miss fired for United that day as United went out of the competition 2-0 on aggregate.

United now need another away day special performance next week. Plus shots on target.

Man of the Match: Gerard Pique

Weight-loss pills believed to be behind teacher’s death 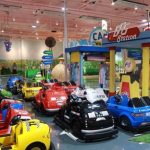