Home » Weight-loss pills believed to be behind teacher’s death

A teacher was found dead in a bedroom in her father’s home on Wednesday after allegedly taking a dose of weight-loss pills, police said.

Chalida Watanasin, 32, was found dead at 8.45am after her father noticed she had not got up.

Chalida, who taught at a private school, was visiting her father Somkiart and her son in Trang’s Muang district.

A doctor, who inspected the body, said there was no trace of injury though there were traces of foam at the mouth. The doctor believed Chalida had died about six to eight hours earlier.

Three packs of weight-loss pills were found in the room, with two pills missing. The doctor believes she took the pills before going to bed and succumbed to heart failure. 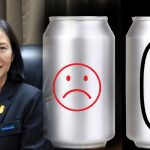