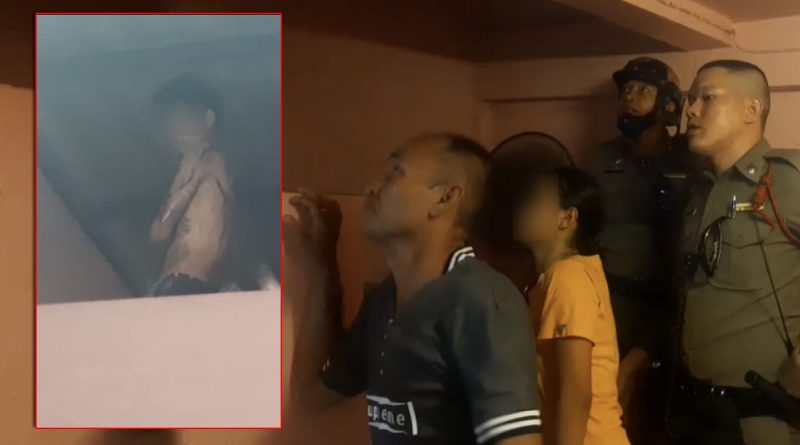 A man hadn’t slept for 6 days straight attempted to stab his wife and child before ending up stabbing himself. This is the result of continuous Yaba drug use with no sleep in between.

The wife was slightly injured and was able to save her child before running out for help from villagers. Officials at the Chonburi Police Station received notification on 9 July 2020 about a dangerous man.

The police and the local rescue team went to inspect a home in the main city of Chonburi to help stop the man.

Officials arrived at a 2 story home and found Siriluk 20 years old inside crying with a cut on her neck. Vichai 32 years old was also in the home afraid for his life, he believed someone was out to kill him. Officials finally were able to calm down the man after over an hour of talking.

Siriluk the wife yelled to her husband to come down and give himself up to police. Vichai was exhausted and let go of the knife he was holding.

Officials then rushed in to hold the man. Vichai had several cuts on him and a knife blade was stuck in his chest. The rescue team made sure he was safe before delivering the man to Chonburi Hospital.

Siriluk stated that she was downstairs when Vichai tried to stab her neck but she was able to dodge the knife. The wife ran to pick her child up before running outside.

She yelled asking neighbors for help as her husband believed someone was coming to kill him. Siriluk revealed that the husband had been on a 6-day Yaba binge, with no sleep at all. He began hallucinating and ended up stabbing himself on the 2nd floor.

She was very relieved the child wasn’t harmed in the incident. Police will be taking the suspect to the police station after he is safe to leave the hospital. 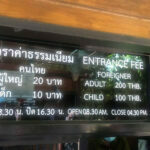 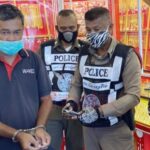