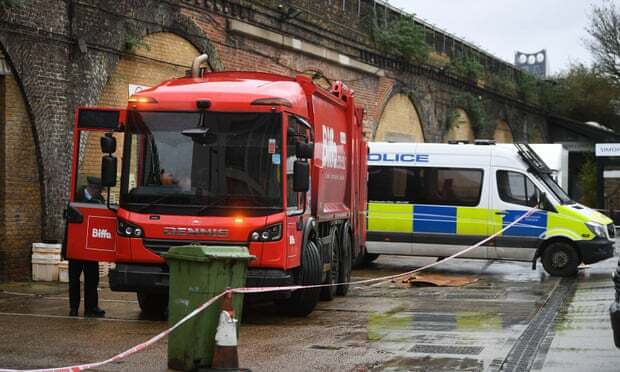 A police investigation has been launched after a body was found in the back of a bin lorry in south London.

The Metropolitan police said officers were called at 5.35 am on Monday to reports of a man’s body found in the rear of a bin lorry in Bethwin Road in Camberwell, south London.

An image on social media showed several London ambulance service vehicles surrounding a red waste truck, with bags of rubbish spilled on to the ground at its rear.

A spokesperson for the waste company Biffa confirmed that the body had been found in one of its vehicles and said that further circumstances of the death were unclear. “We are working with the relevant authorities as they investigate the matter,” the spokesperson said. “We cannot comment any further at this stage.”

Later on Monday the bin lorry left the scene with a police escort. The large Biffa truck, which was parked near some railway arches, was taken away shortly after 2.15pm on Monday, around nine hours after a man’s body was discovered.

The Guardian reported on Monday that Biffa had recorded 109 “near misses” or encounters with people sleeping in or near its bins from April to December 2019. Veolia, another waste disposal company, has also reported increasing problems with people sheltering in bins.

At least seven people had died in crushing deaths in the last five years, the Health and Safety Executive said. 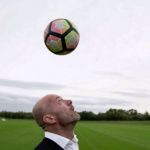 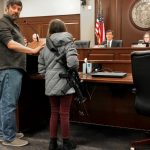