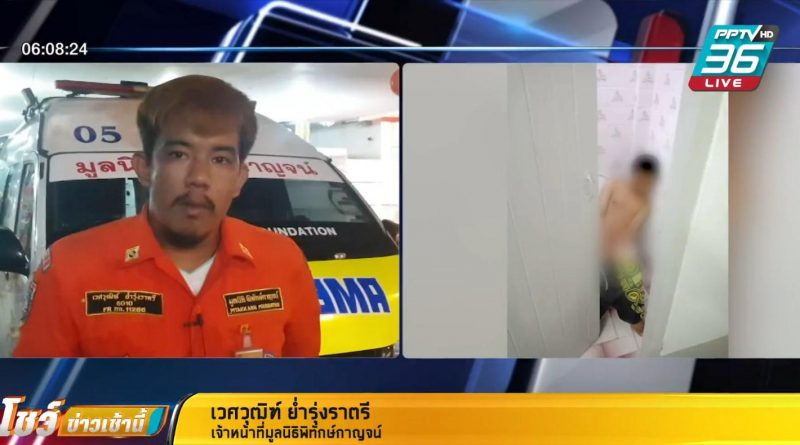 A man came back to life while he was being wrapped in a blanket by the rescue team. He was found dead in a bathroom, rescue team members were shocked.

The 20-year-old boy was confirmed dead with no heartbeat and was not breathing. The Kanchanaburi Police received a notification on 12 August 2020 about a man found dead in the bathroom at a home in the main city of Kanchanaburi.

The local rescue team was notified to pick up the body.

Officials found Ramet 20 years old, sitting on the toilet with his head resting on the wall. Rescue team members confirmed there was no heartbeat before bringing his body out from the bathroom.

A doctor confirmed the man was dead and showed no signs of injuries on his body. They were preparing to send the body in for an autopsy to find the cause of death.

While the team was wrapping him in a white blanket they noticed that his eyes were moving.

Wetwut Yamrungratri, a member of the team, explained what happened to Sanook News. Wetwut received notification and traveled to the location with other members.

The team arrived and met with Ramet’s relatives who had broken into the home and found him dead.  The doctor and police were contacted and arrived within 30 minutes, the doctor confirmed he was dead.

The team received orders to send the body in for an autopsy. While they were preparing the body Ramet opened his eyes and started breathing again.

The Sanook News Team met Ramet on 13 August 2020. Ramet went to use the bathroom as usual at around 13.00 on the date of his death.

He fainted and woke up again when someone was wrapping something around his body. He couldn’t speak or move but finally, someone noticed him looking and others were informed of him becoming alive again before he was delivered to the hospital.

Ramet’s relatives stated that he has valvular heart disease. He lives alone and relatives noticed that they haven’t seen him all day so they tried calling him. The family decided to break down his doors and found him dead in the bathroom.

The police were notified and not long after he came back to life while the rescue team members were preparing his body for an autopsy. 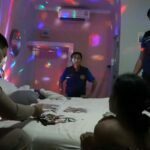 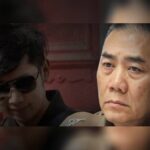 Young motorcyclist seriously injured after running a traffic light and crashing into...