A man was arrested after he wrote a fake traffic ticket to get some money from his girlfriend. The incident took place in Nong Khai Province. The man was interviewed by the Nong Khai Police on 14 October 2019 at 11.00 in the Investigation Section Room.

Stapakorn Kodpetch 23 years old works as a Thai Soldier in Udonthani Province was arrested for faking a ticket and lied to his girlfriend for 800 THB. The picture of the fake ticket was shared online revealing the strange method Stapakorn used to get money, but it truly led him to trouble with the law. Police Colonel Kasem Mutaporn from Nong Khai Police was notified on 10 October 2019 that a ticket had been issued by one of their traffic police officers.

The ticket looked as if it was made by hand on a blank piece of paper. On the paper wrote that Stapakorn needed to pay fines for 2 violations, 1. For not wearing a helmet while driving a motorbike on the road, and 2. The Compulsory Motor Insurance on the motorbike he was driving had been expired for 1 month and 17 days. The fine for the first violation was written down as 300 THB and the second violation was 500 THB, coming to a total of 800 THB. Stapakorn also wrote the name of 2 police officers at the end of the ticket, claiming that they were the officers who issued the ticket.

Pol.Col. Kasem received confirmation from the traffic police that no such ticket was issued by any of the officers. They also checked the security cameras and found no footage of Stapakorn as he claimed. There was also no footage at the police station that recorded Stapakorn coming in to pay any ticket fines. There were no officers at the station with the names as written on the ticket. Pol.Col. ordered the investigation police to find Stapakorn and ask him to come in for a talk.

Officials found Stapakorn in his home and invited him to the police station. Stapakorn admitted that he made the story up, including the fake ticket. He needed some money and remembered that he always had fights about not wearing a helmet when driving with his girlfriend. He figured that she would believe the story and help him pay the fine. The girlfriend lived in another province, they just had a fight about this so he gave it a go.

Stapakorn printed the Royal Thai Police Stamp from the internet and wrote a ticket under the stamp. He then sent it to the girlfriend asking for the 800 THB. In the Line chat, Stapakorn stated “The police wrote this for me. He said it’s already in the computer system”. To make it more believable he also complained about the officer who wrote him a ticket. The girlfriend believed him, but then she sent the picture to a friend who was a prosecutor.

This lead to the discovery of Stapakorn’s action. He faces charges of forging a government document and violation of Thailand’s Cybercrime Act B.E 2550 (2007). Pol.Col. Kasem confirms that the Thai traffic police will use ticket forms and then sign the ticket, unlike the ticket Stapakorn made that was all written by hand. Not only is this wrong, but you will be prosecuted. 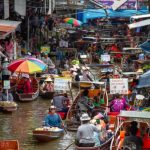 4 Tips for Seeing Bangkok on a Budget 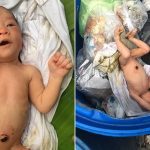