One of Thailand’s leading agro-industry and food businesses, Betagro, has dismissed a suggestion that they have been hoarding frozen pork at a cold storage facility checked by officials from the Livestock Development Department on Wednesday, amid record-high pork prices and allegations of hoarding by major businesses for profiteering purposes.

Officials from the department’s animal quarantine checkpoint in Songkhla province raided the facility and found more than 200,000 kilograms of frozen pork stored there.

The meat was impounded after employees could not provide details about the origin of the huge stock, but no charges have been filed yet against the cold storage facility or the owner of the meat.

In a letter of clarification, issued on Thursday, Betagro said that the frozen meat belongs to its subsidiary in Phatthalung province and has been kept at a Songkhla rented cold storage location, as part of its stock management, to make sure there are sufficient supplies of fresh meat fort 5-7 days, to meet consumer demand in about eight southern provinces.

The company claimed that it notified the Commerce Ministry on Monday, two days ahead of the raid, that there were 211,361kgs of frozen pork being stored there, in accordance with the resolution of the Central Committee on the Prices of Goods and Services.

The company stressed that it has not been involved in hoarding and insisted that storing large quantities of frozen meat is a normal practice in the food supply business.

It also said that it is ready to cooperate fully with the authorities by complying with all the measures imposed by government agencies and by participating in the Commerce Ministry’s program to help ease the financial burden on consumers, by providing pork at about 150 baht/kg at 667 retail outlets under the program.

Officials from the Internal Trade Department of the Commerce Ministry have been checking cold storage facilities nationwide, to ensure that they are not hoarding pork.

There are currently 8,300 tonnes of pork and offal in stock in Thailand in latest official counts.

All cold storage facilities, which store more than 5,000kgs of pork, are currently required to report their stocks to the Internal Trade Department, or its branch offices in the provinces, every seven days.

Animal stocks of more than 500 live pigs must also be reported.

Hoarding is subject to seven years in prison and/or a fine of 140,000 baht if found guilty in court. 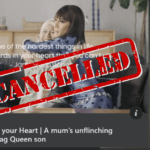 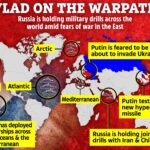