Home » Are Liberals sending fake bombs to themselves ahead of mid-terms? 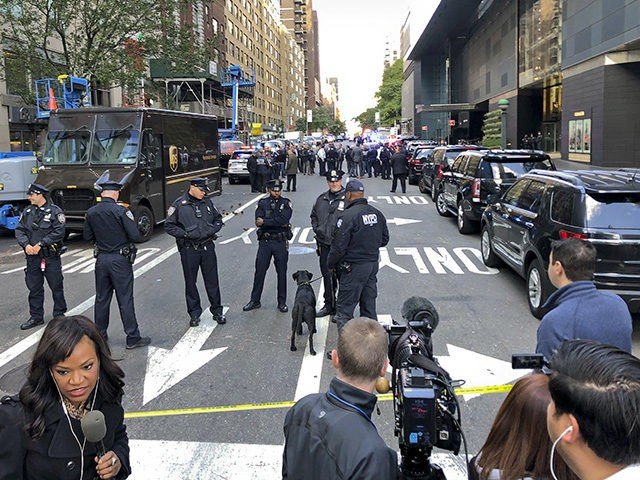 Fake Bombs: CNN’s newsroom in the Time Warner Center was evacuated in dramatic fashion, live on air, following reports that a suspicious package was sent to its New York City studios.

You might be tempted to ask why they didn’t just ask the lad in the mailroom who it was addressed to – why need multiple sources? It’s their mailroom.

Seething hateful CNN President Jeff Zucker announced in a statement that the network is cooperating with law enforcement to “determine the severity of the situation” following the incident and said bureaus around the world are being inspected out of caution.

It is apparently one of many similar devices that have been sent to prominent Liberals during the day.

You may also ask yourself why none of these ‘devices’ has exploded. Aren’t Republicans all supposed to be gun toting, former military weapons experts?

But this looks like the work of a dumbass.

Naturally the drama is creating international headlines but the question is being asked, ‘are desperate Liberals creating a False Flag as, they think, this will win them support in the run up to a mid-term election they look increasingly like losing.

Few are buying this story.

Recent behavior, such as the unfounded attacks on Justice Kavanagh during his confirmation hearings and the slew of abuse from Democrats that features every day on Social Media are obviously leading to ‘decent’ Democrats switching sides.

And no wonder, who the hell would want to be associated with people who behave like the US Democrat Party and their supporters?

The agency says neither Clinton nor Obama received the packages, and neither was at risk of receiving them because of screening procedures. It says the devices were discovered late Tuesday and early Wednesday.

A U.S. official tells The Associated Press that a “functional explosive device” was found during screening at Bill and Hillary Clintons’ suburban New York home.

The official says investigators believe the explosive is linked to one found Monday at the compound of liberal billionaire George Soros.

The Secret Service says a second package was addressed to Obama and was intercepted in Washington.

Quite rightly the White House is condemning attempted attacks made against Obama and the Clintons. Press Secretary Sarah Huckabee Sanders says in a statement:

“These terrorizing acts are despicable, and anyone responsible will be held accountable to the fullest extent of the law.”

She adds: “The United States Secret Service and other law enforcement agencies are investigating and will take all appropriate actions to protect anyone threatened by these cowards.”

But, behind the public position, many believe the increasingly hysterical Liberals are, quite literally, bringing this upon themselves

One thousand foreigners rounded up in Thailand