Ladyboy Arrested: A ladyboy has been arrested for allegedly pickpocketing an Italian tourist in Pattaya, police said.

Police said Sunthorn Huajaiphet, 23, from Nakhon Ratchasima was arrested on Monday for allegedly stealing a wallet from Daniele Freda, 35.

The arrest was made after Freda filed a complaint with the Pattaya police station that his wallet was stolen while he was on Walking Street in South Pattaya on Sunday night.

The tourist said he was walking past the Oasis bar and a ladyboy approached him to talk and also hugged him. When he left the spot, he found that his wallet had gone. 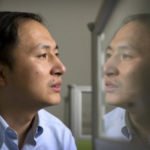