Krabi police have arrested a baggage handler employed by a private company at Krabi Airport for allegedly stealing cigarettes belonging to an AirAsia passenger.

Passakorn Jaiyen, 27, was arrested on Sunday after police checked security camera footage at the airport and saw him ransacking the passenger’s bag, said Pol Lt-Colonel Atthapong Saenjaiwut, a tourist police inspector in Krabi.

Police took the action after Monthian Wongdee posted to his Facebook wall that he found that his bag had been opened during his flight from Krabi to Don Mueang Airport on Friday.

He said he flew on AirAsia flight FD3228, which had been delayed from 4.20pm to 4.40pm. After arriving home, he discovered that six bundles of 10-pack cartons of foreign cigarettes had gone missing.

Atthapong said a private firm employed Passakorn as an outsourced worker to load bags. He allegedly admitted to stealing the cigarettes, saying he wanted to try a foreign cigarette. 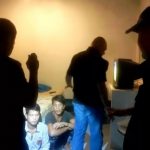 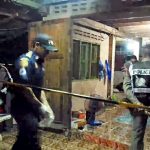 Drunk wife arrested for stabbing husband to death in a quarrel