She recently jetted off to Asia with son Harvey amid claims she was banned from taking her four younger children abroad.

And Katie Price cut a solo figure as she took a bikini-clad stroll around the pool in Thailand on Monday.

The former glamour model, 41, put on an eye-popping display in a nautical striped string bikini as she enjoyed a day of leisure during a break from her hectic TV schedule.

The reality star oozed confidence as she displayed her surgically enhanced figure in the tight two-piece, revealing her ample assets in a blue and striped top.

Katie drew the eye to her toned midriff as she walked around the pool before luxuriating on a sunlounger.

A pair of matching tie-side bottoms rested low on her hips and showcased her bronzed legs and intricate garter thigh tattoo.

Adding a splash of colour, the star showed off a canary yellow manicure and accessorised with black aviators.

Her brunette tresses were styled in a tousled updo while the star opted for a simple swipe of frosted pink lipstick.

The beauty appeared deep in thought as she spent the day by the pool, taking a phone call and typing out some texts.

The sighting comes amid claims the mother-of-five made plans to take Bunny, Jett and Princess to Thailand to ring in 2020, yet their fathers Peter Andre and Kieran Hayler, were worried their kids would miss the start of the school term. 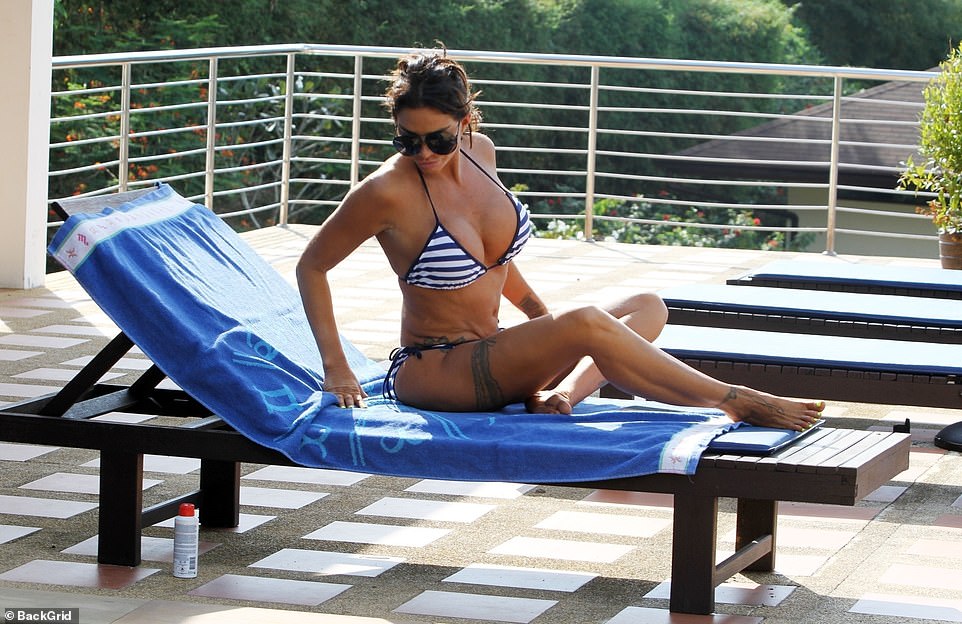 The glamour model instead decided to take only her eldest child away, revealing the news in an Instagram post.

Sharing a clip of the view from her villa pool, she penned: ‘New day, new start, new year, wait and see my comeback independent women side [sic].

‘Before it all begins I’ve come away with just me and my Harvey bear!’

The post came after it was claimed her exes had banned her from taking the younger children to the Asian country.

Peter and Kieran were said to be concerned ‘disorganised’ Katie would not arrange return flights for the long haul trip that would enable the youngsters to get back to school next week.

A source told The Sun: ‘Katie is always a bit disorganised when it comes to booking return flights, especially if she’s talked a friend into paying for them.

‘I think the kids’ dads were worried they’d miss the first few days of term in January, which isn’t fair on them.

‘It’s not like they’ve had a huge row, they’ve just asked Katie to consider going on holiday alone and leaving the children to prepare for their first day back.’

MailOnline has contacted representatives for Katie, Kieran and Peter for comment.

Katie shares Bunny, five, and Jett, six, with estranged husband Kieran. She is mother to son Junior, 14, and Princess, 12, with Peter.

Katie has son Harvey, 17, with Dwight Yorke, but he has no involvement with his son.

Peter has since jetted off on a family skiing holiday in France with their two children, as well as wife Emily, their daughter Amelia and son Theodore.

Katie has a habit of heading off on holiday just as the school term is due to start, and in September last year, she was slammed by fans for missing daughter Bunny’s first day of school as she partying with toyboy beau Alex Adderson, 25, in Magaluf.

In September of this year, she came under fire again when it was claimed Jett and Bunny missed their first day at school, so Katie could have a consultation with the surgeon who did her latest dramatic facelift.

The former glamour model had eagerly documented her Turkish break on social media, but wrote she was ‘so upset it’s back to school soon.’

It has been a turbulent year for Katie, who in the past 12 months has been declared bankrupt, had a drink-driving ban and split from her on-off fiance Kris Boyson.

Katie was declared bankrupt and at risk of losing her home in November. 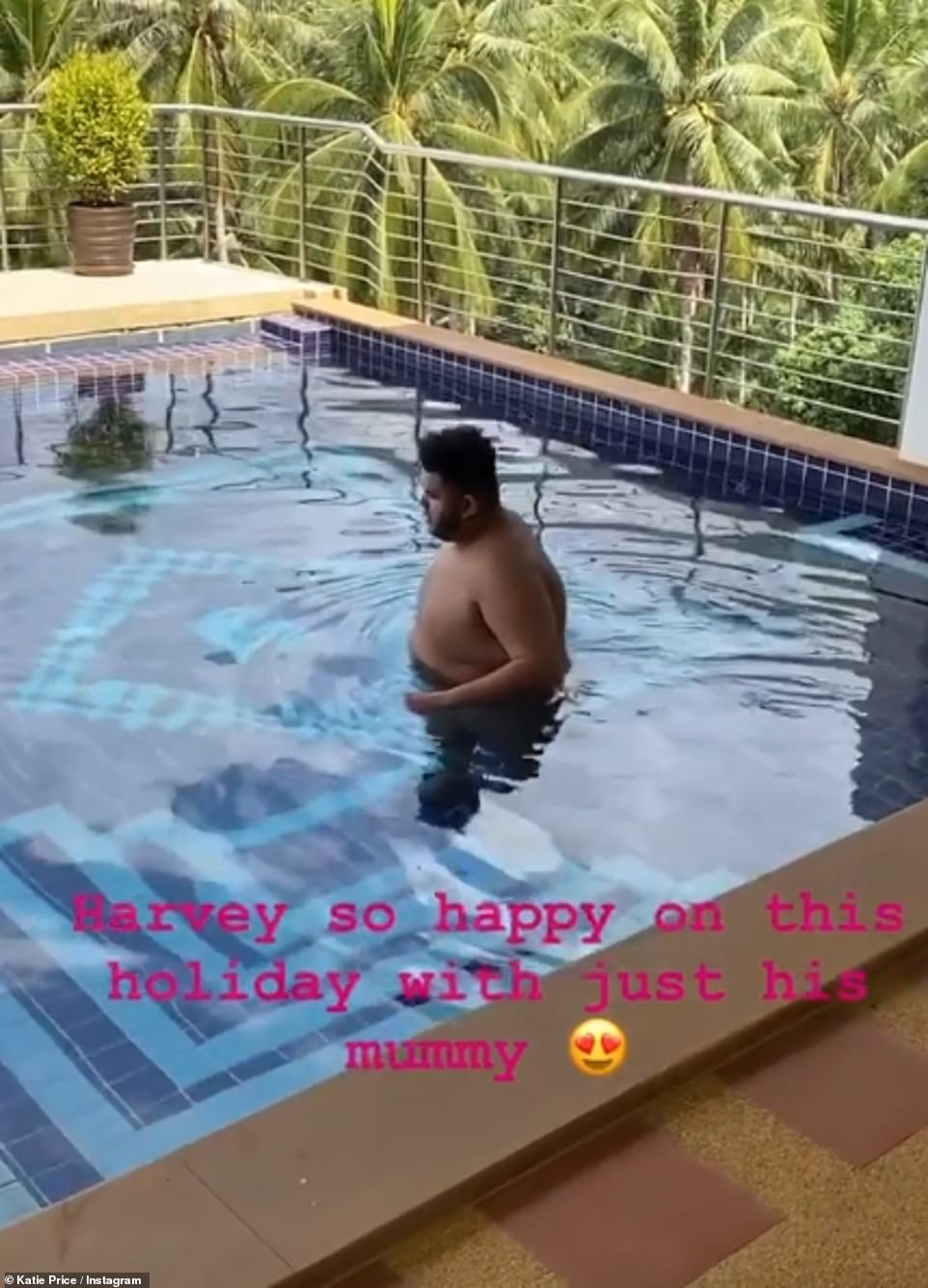 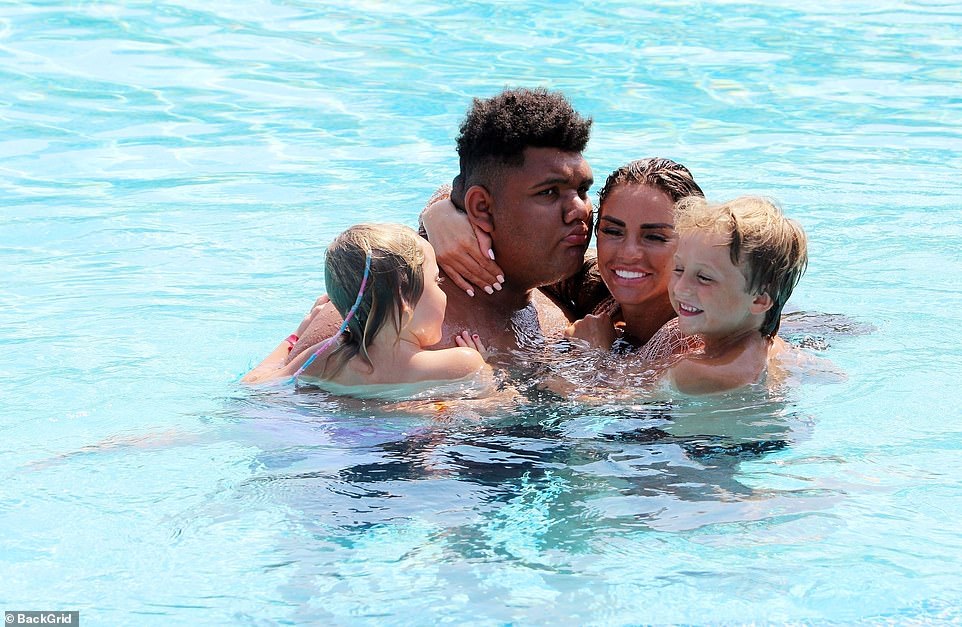 However she was declared bankrupt at the end of November and the court ruling meant a trustee could sell off her assets, including her nine-bedroom home.

Registry documents were said to ‘confirm’ the former glamour model has to hand over control of her home.

She has also reportedly vowed to give up sex, alcohol and men in 2020.

A source told The Sun on Sunday the reality star, 41, plans to become celibate and has sworn herself off men after reflecting on her ‘difficult year’.

In 2019, Katie was also banned from driving for three months and fined £1,500 after being found slumped in a ‘very’ drunken state in the back of her vomit-covered pink Range Rover which police saw collide with a grass verge.

And more recently Katie admitted that ‘co-parenting can be hard’ at Christmas after she spent the day apart from four of her children. 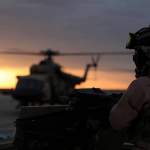 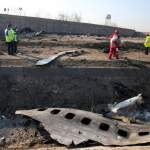