Red-shirt leader Jatuporn Promphan urged followers to be patient as squabbling among coalition partners would cause the Prayut government to collapse within six months.
Chatuporn was speaking during the weekly get-together activity of members of the United Front for Democracy against Dictatorship (UDD) at the Peace and Coffee and Library coffee shop on the fifth floor of Imperial Lat Phrao shopping mall.

“We should let the government work for three or six months. It will not go further than that,” Jatuporn, chairman of the UDD, said, adding that the time was not right for the UDD to fight with the government as such a move would prompt the coalition partners to unite.

“If we step in sooner, they will make peace among themselves sooner,” Jatuporn said.

He said Thais are not excited about who would hold which positions in the new Cabinet of Prime Minister Gen Prayut Chan-o-cha.

“This is because no one will be better than his/her peers in the Cabinet. The public will only see whose image will be uglier,” he added,

He said the government would be short-lived because of the accumulated dissatisfaction among leading members of coalition partners who failed to win Cabinet seats.

“Those who failed to get Cabinet seats will grow increasingly dissatisfied while those who won the seats do not think the government will last long and will rush to rob the country. We will let them do it and catch them later. This is why I am telling you to be patient,” Jatuporn said.

But, he cautioned, after the Prayut government collapses, the 250 senators, who were appointed by the National Council for Peace and Order, would elect Prayut as the prime minister again because the current charter empowers the senators to take part in the election of PM for the first five years.

As a result, Jatuporn said, several organisations have already started campaigns for the charter to be amended.

He added that political parties need to seek public support for charter amendments because such amendments would be hard to make without public sentiment in support of changes to the master law. 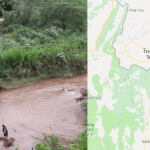 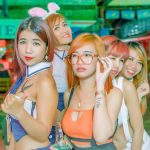