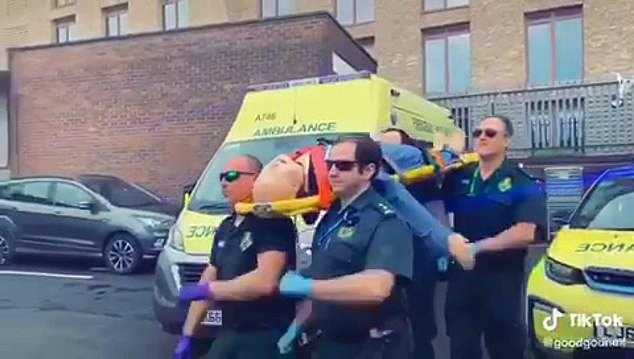 Ambulance workers have been slammed as inappropriate over a TikTok ‘coffin dance’ video that went viral.

The footage, posted on social media app on Tuesday shows a man apparently unwell, coughing in the back of an ambulance, startling workers who were reaching for life-saving PPE.

Music then starts playing and it appears the workers are copying a ‘coffin dance’ meme that has become popular on TikTok over the last few weeks, as reported by the Liverpool Echo.

The meme is based on a video posted on 2017 that went viral of pallbearers in Ghana, who give a rather cheery send off to a loved one.

The meme has made a comeback during the pandemic and is regularly shared on social media platforms.

They then reappear back in front of the camera, holding a CPR dummy on a stretcher before beginning to dance with it.

In another scene of the video, they high five over the doll before bouncing it up and down on their shoulders.

Before it was removed from the site, the video had been watched almost 40,000 times.

Many people who watched the video were shocked by the references it made to the coronavirus outbreak.

On Twitter, while praising the work of paramedics and the NHS, one man said: ‘@NWAmbulance huge supporter of yourselves & the £NHS. I think you are all absolute legends.

‘But to stumble across this video, mocking people with £COVID19, calling it the coffin dance & stating this is ‘morale’.

‘Personally I don’t see families being ripped apart as morale.’

The ambulance service spoke out over the video and stated that the staff involved meant no offence by the video, but it had breached their social media policy.

The video has now been removed from TikTok.

A spokesperson for NWAS told the Liverpool Echo: ‘Whilst using social media, employees are expected to act professionally at all times and adhere to the same standards of behaviour they would be expected to observe whilst in work.

‘Although we understand the staff involved did not mean to cause offence, this video is inappropriate and a clear breach of our social media policy. It has now been removed.’ 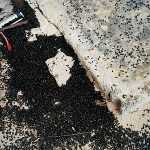 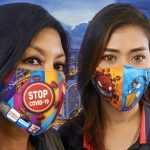 THE LAND OF SMILES… Taking Care of Corona the Thai Way