McMafia star James Norton is the new hot favourite to be the next James Bond it has been reported.

James, who is currently starring in the bbc drama The Trial Of Christine Keeler, is said to have celebrated the news during the New Year.

And on Saturday, The sun reported bookmaker Ladbrokes had suspended betting on the Grantchester star, 34, being the next man to portray the fictional super spy’.

Amid frenzied speculation about who will be the next to play Bond, with stars including Richard Madden and Idris Elba being linked with the role, a source told the publication both sides were trying ‘to get a deal signed off’.

The insider said: ‘Numerous meetings and secret squirrel script readings were had at the back end of last year.

‘Producers wanted a Brit and James ticks all the boxes – tall, strapping, physically fit and, of course, looks great in a dinner jacket.

‘Everyone is hoping to get the deal confirmed and signed off, with an announcement in the summer.’

A spokesman for Ladbrokes told The Sun they had suspended betting after James was named as the 4-5 favourite to be the next Bond.

‘… I’d rather break this glass and slash my wrists,’ he told  Timeout when asked whether he would do another Bond film.

Since the speculation began the likes of James, Tom Hiddleston, Idris and even retired footballer David Beckham have been mentioned as possible replacements.

The latest film in the Bond franchise – No Time To Die – stars Daniel Craig in his final outing as the spy and is set to be released in April this year.

On Friday, fans were left excited after Beyoncé posted a picture of herself sipping a martini, prompting speculation she could be performing the theme tune for the new film.

The educated guess stemmed from a September 2015 incident in which Beyoncé posted a photo of herself with a lemon – seven months before her album Lemonade dropped.

The star plays the titular character Gareth Jones in the upcoming drama, which is set for release on 7 February 2020.

The film tells the true story of a Welsh journalist who travelled to the Soviet Union in 1933 and uncovers some unpleasant truths about an international conspiracy. 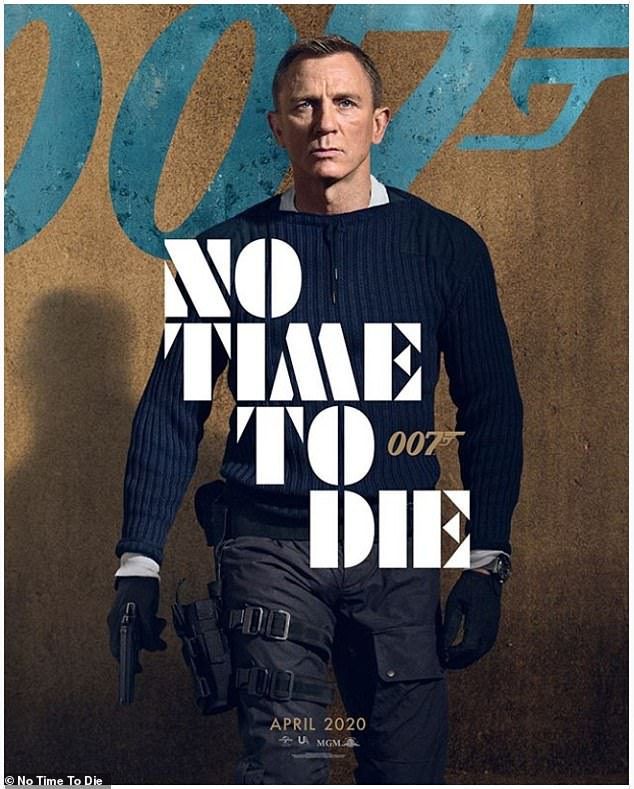