A screw-driver wielding rapist who tortured his victim with a screwdriver for two days and told her ‘you’re going to die’ has dropped a bid for freedom.

The rapist, who was jailed for seven years in May, intended to appeal against his conviction and sentence. But it has now emerged the 42-year-old has accepted his fate.

Pauline, who bravely gave up her legal right to anonymity to warn other women about Schrickel, said: “It’s a relief that his appeal won’t go ahead.

“But seven years is still nowhere near enough for what he did to me.” A brave victim has spoken out against an evil thug who tortured her for over two days armed with a screwdriver.

Sadist Eric Schrickel was jailed for seven years in May for the horror he inflicted upon his victim Pauline Marshall. But now he has now lodged an appeal against his conviction and sentence

And his victim has bravely given up her legal right to anonymity to warn other women that he could soon be back on the streets.

Mum-of-two Pauline ,42, previously told the Record: “I want everyone to remember his face. He’s ruined my life. “Seven years wasn’t anywhere near enough for what he did to me. He’s a psychopath and I was sure he was going to kill me. “Now he could be out in no time.”

Schrickel posed as a good Samaritan to lure Pauline into his flat in Greenock. She’d been having trouble with her neighbours and needed somewhere to stay. And Schrickel, a friend of one of Pauline’s relatives, offered to take her in. “I slept in the living room,” Pauline recalled. “He was a gentleman for about a week.”  Mirror 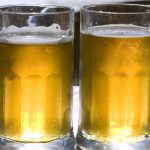