The number of people discharged from hospitals, at 1,248, outnumbered that of the new cases.

The new infections brought the provincial total to 65,964. Of these, 51,294 recovered and were discharged. A total of 14,244 patients were still in hospitals.

The twenty fatalities brought the total to 426, the provincial public health office said in an update posted on its Facebook page on Saturday.

Of the 955 new cases, 297 caught the virus from family members, 144 from colleagues, 28 from people close to them and six had been to parties.

Twenty-one cases had at-risk occupations. One medical worker caught the virus. Four had been to at-risk provinces — Chachoengsao (2), Bangkok (1) and Rayong (1).

Sixty-six cases were from workplaces in Rayong province. Another 121 people came into contact with confirmed cases and were still under disease investigation. The remaining 227 cases were being investigated, the provincial public health office said.

The new infections were found in all 11 districts of this eastern province. Muang logged the highest number of new cases (229), followed by Si Racha (228), Bang Lamung (136), and Sattahip (107). The remaining cases were in other districts with Koh Sichang reporting the lowest cases at 2.

The Pattaya City municipality in Bang Lamung district reported 247 of 6,521 people who had taken antigen tests between Aug 10 and Sept 3 tested positive for Covid-19.

On Friday, the municipality conducted Covid-19 tests among 274 people at two communities in Pattaya and eight of them tested positive, according to the PR Pattaya Facebook page. 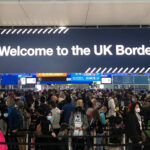 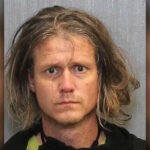 Man cuts penis off and throws it out car window