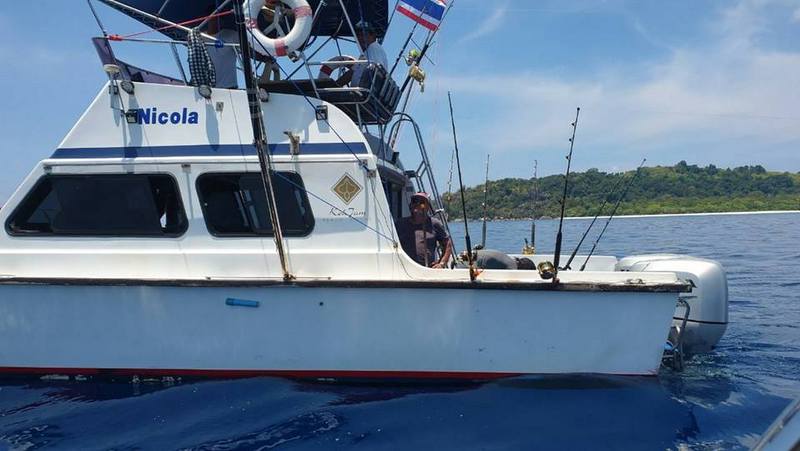 Italian pensioners jailed in Thailand for FISHING in the wrong place

Italian pensioners jailed in Thailand for FISHING in the wrong place

Two Italian men, both 70 years old, have spent the past three weeks in detention cells at Phang Nga Provincial Court while still waiting for formal charges to be brought against them for fishing in a national park.

Claudio Bonfatti and Mario Vincenzo Biccai were arrested by park officers on Apr 17 when they were caught fishing on a boat off Huyong Island, located within at the Similans National Park.

Already landed on board were 115 fish, including needlefish, barracuda, northern bluefin tuna and shovelhead catfishes, among others. Officers noted the haul weighed 46.5kg and was estimated to be worth B9,300.

The park officers seized the boat, Nicola, and all objects on board, including 25 fishing rods, four fishing rods without reels and two ice boxes – altogether deemed to be worth B2,107,400 – as evidence pending charges for fishing in the national park.

All six men were taken to Kuraburi police Station to be charged.

However, Lt Col Korkiet Boonrod of the Kuraburi Police confirmed to The Phuket News that all six men still remain in remand at the court and have still yet to have the charges brought against them.

“This investigation is not finished. The chief of the Mu Ko Similan National Park has accused them of fishing in the national park.

“So far, according to our investigation, they were not there on a tour. They are just friends who decided to go fishing together,” Col Korkiet said.

“For this case other witnesses need to be questioned before the investigation is closed and sent to Phang Nga Provincial Court,” he added.

Col Korkiet declined to reveal any more details about the two Italian men and the state of care they were receiving while being detained behind bars.