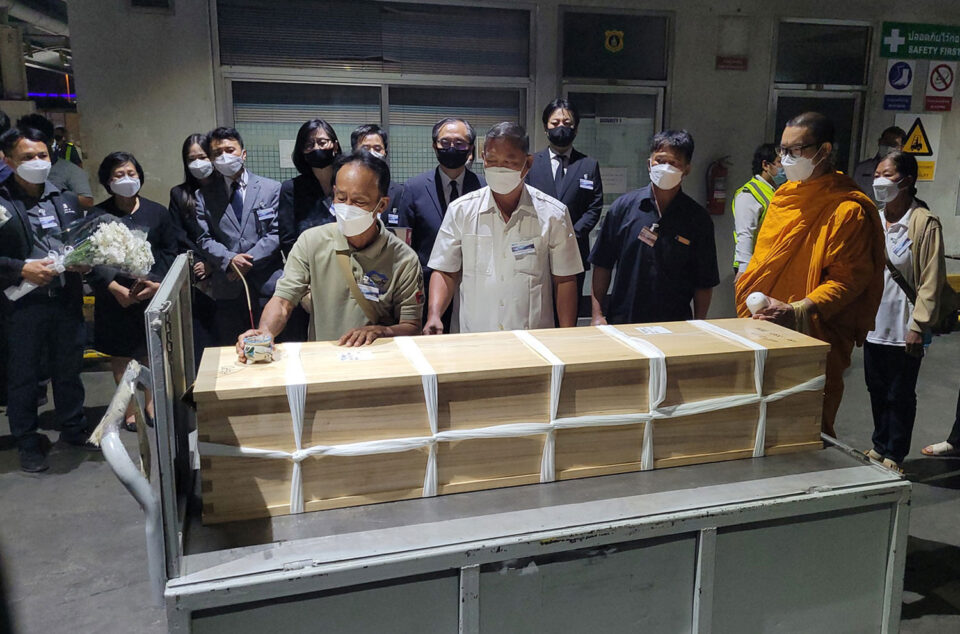 The body of a Thai woman killed in Seoul Halloween crush disaster arrived in her home province of Phetchabun early Saturday morning.

The body of Natthicha Makaew, or Khru Bam, a 27-year-old South Korean language teacher, arrived at Suvarnabhumi airport on Friday night. Her father Sakhon Makaew and relatives came to take her body to Phetchabun.

Mr Sakhon, 67, said he could not come to terms with the loss of his only daughter. He never thought that the day he travelled to Suvarnabhumi airport to send her off to work in South Korea would be the last time he saw her, said the father.

Mr Sakhon said he would take his daughter’s body to Wat Pak Huai Khon Kaen at Tha Khao village Moo 8 in tambon Nong Khwai, Lom Sak district, for funeral rites for five nights. The cremation will be held at the temple, about 1 kilometre from their house, on Nov 10. 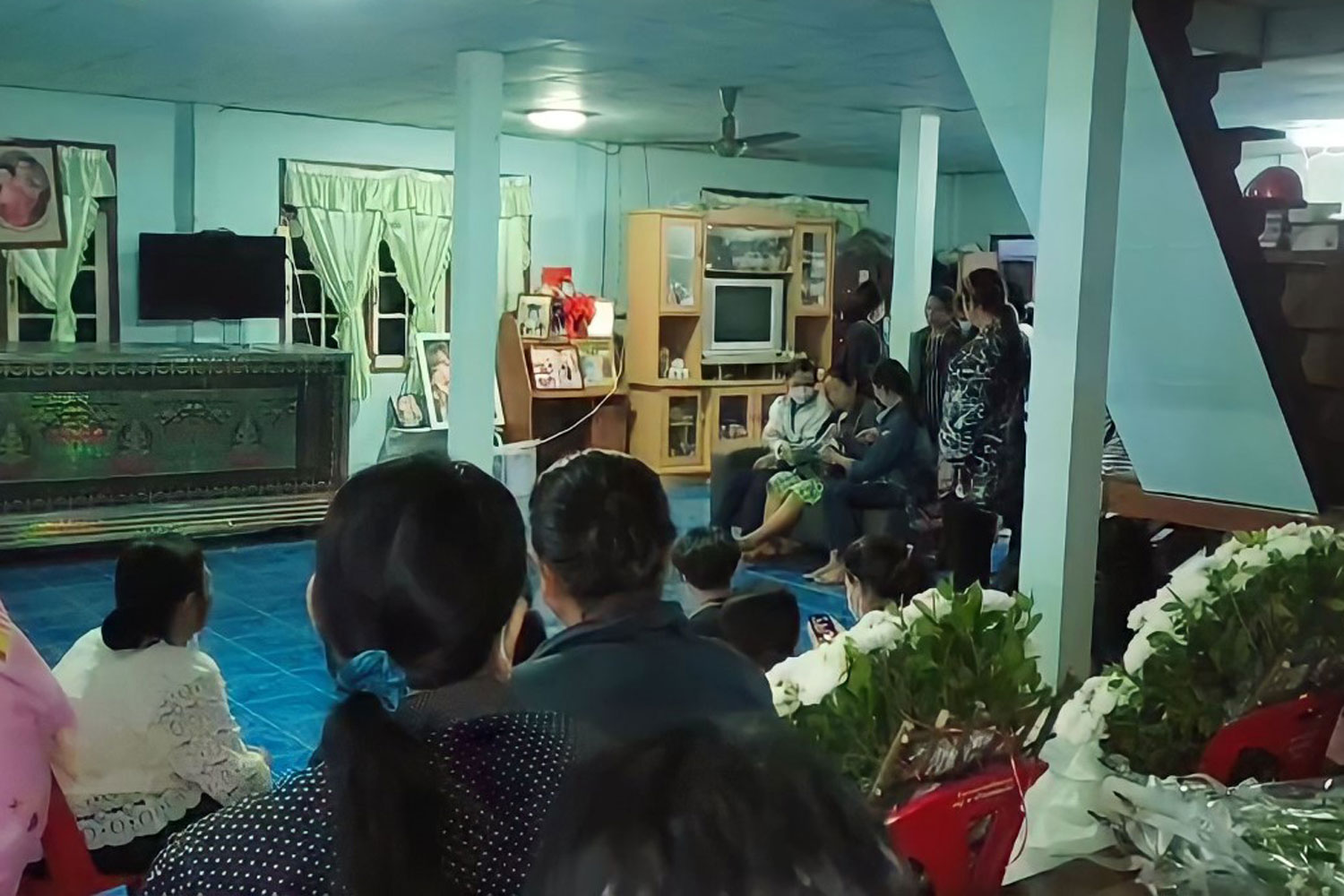 A coffin containing the body of the young Thai woman killed in the Itaewon crush is inside her house in Lom Sak district of Phetchabun. (Photo: Soonthorn Kongwarakhom)

Natthicha was one of the 156 people who died during a crush when a huge crowd celebrating Halloween surged into an alley in Itaewon, a nightlife district of Seoul, on the night of Oct 29.

Following the tragedy, the South Korean government declared Itaewon a special disaster area to give authorities full access and grant financial support to the families of the victims. 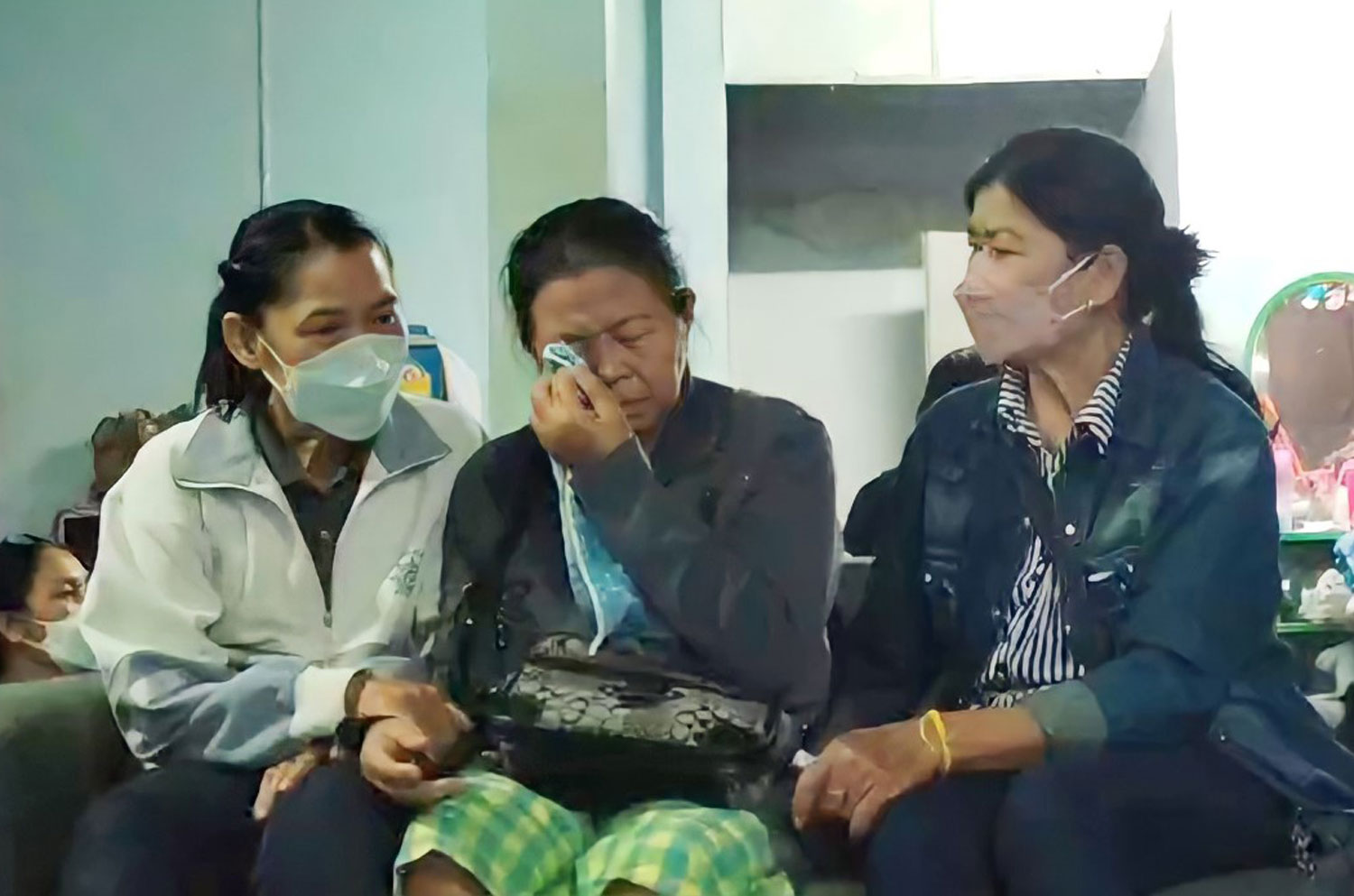 South Korean ambassador to Thailand, Moon Seoung-hyun, led embassy officials to receive her body at the airport and expressed condolences to Mr Sakhon for the loss. The ambassador will host the funeral rite on the night of Nov 9 and attend the cremation on the following day. 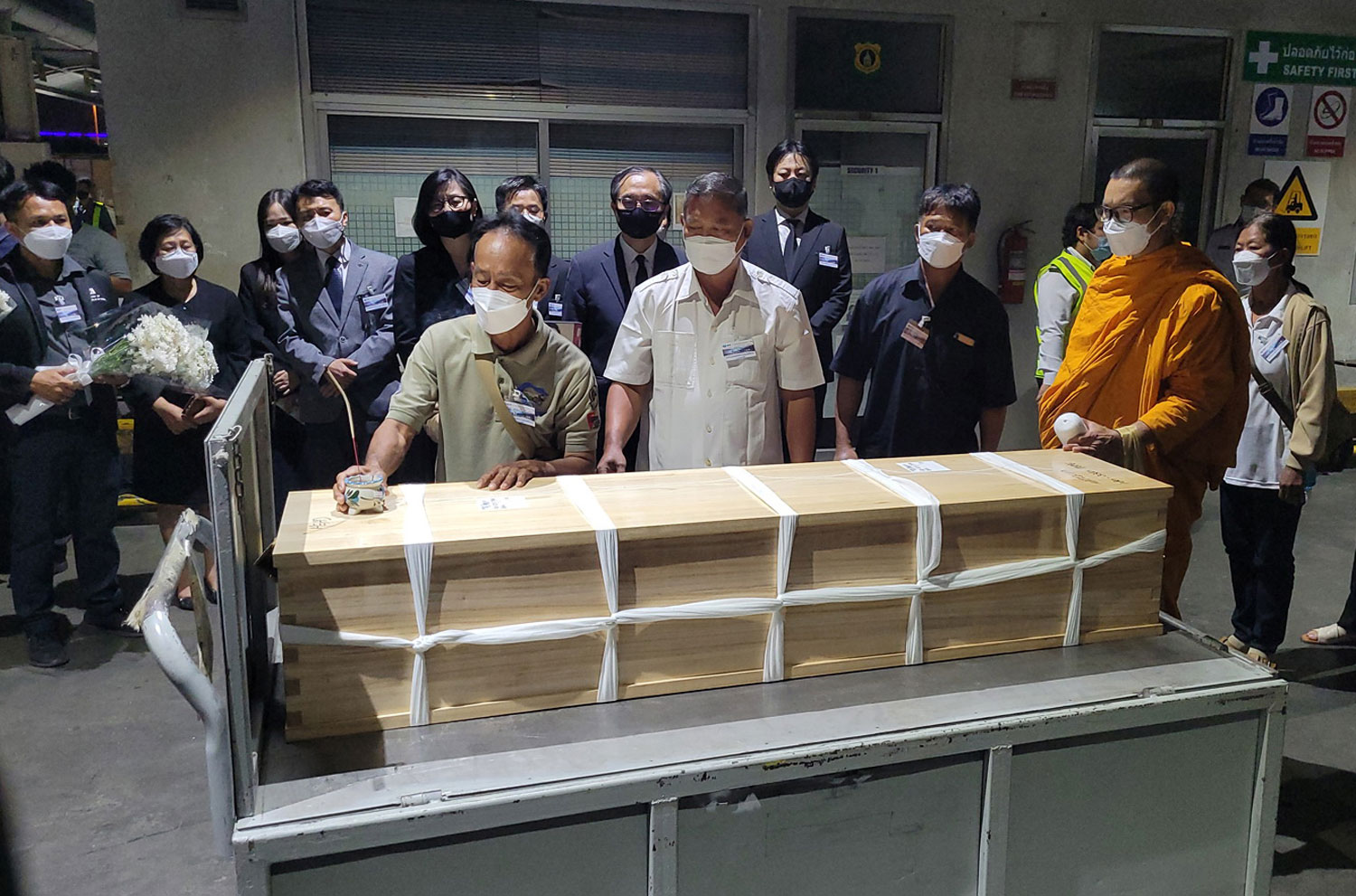 Sakhon Makaew, father of the victim, touches the coffin containing the body of his daughter as a Buddhist monk performs a religious rite. (Photo: Sutthiwit Chayutworakan) 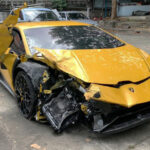 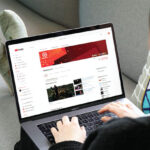 Yep, that’s right You are what you watch