Israeli military Bus: A busload of IDF soldiers clashed with Palestinians at the Kalandia refugee camp in the West Bank after the vehicle entered the camp, allegedly by accident. At least three soldiers were injured in the clash, the IDF confirmed.

Palestinians reportedly started throwing stones at the Israeli vehicle after it drove inside the camp, which is located between Jerusalem and Ramallah. At least one female officer was lightly injured by a stone, Jerusalem Post reported. The outlet added that the “rescue of the soldiers” was underway.

The incident has been confirmed by Israeli Defense Forces (IDF) on Twitter: “A short while ago, an IDF bus accidentally entered the Qalandia refugee camp, south of Ramallah. A riot was instigated around the vehicle in which rocks were hurled at it. As a result, an IDF officer and two soldiers were lightly injured,” the statement said.

According to the IDF, security forces fired into the air “in order to disperse the riot” before the vehicle exited the camp. Two injured soldiers were treated at the scene, while the third was taken to hospital, the statement added.

The Kalandia camp was established in 1949 by the Red Cross. According to the UN data, nearly 10,000 refugees who originate from Jerusalem, Haifa, Lydd, Ramleh, and the area west of Hebron are currently living in the camp.

The camp, as well as the nearby checkpoint has repeatedly been a place of confrontations between Israeli soldiers and Palestinians. Israeli forces conduct operations in the area sometimes resulting in injuries and fatalities. Back in 2014 at least two people, including a UN staff member, were killed during an IDF security operation. 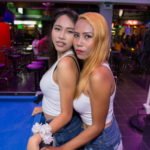