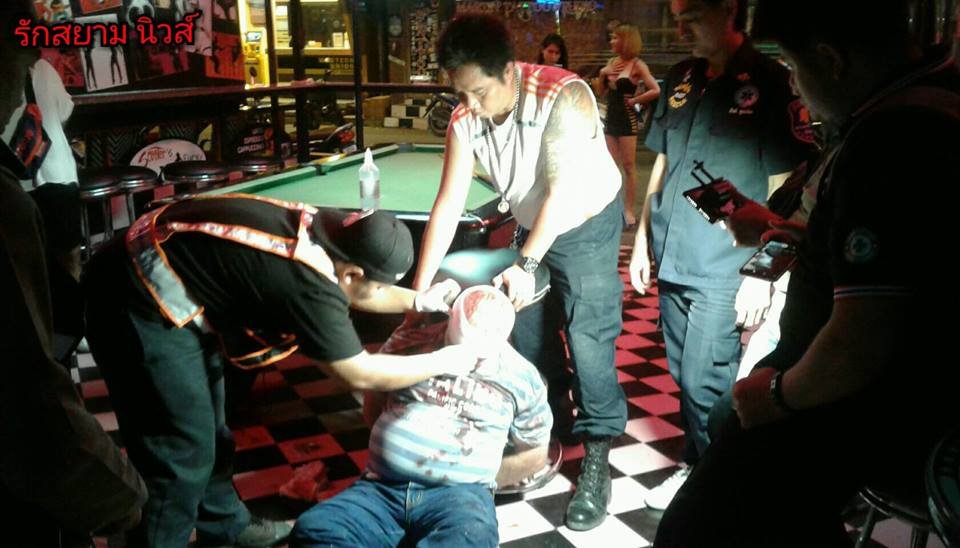 A video on the Rak Siam News site showed the aftermath of a fight between a foreign tourist and a group of lady boys at the Pook Bar in Soi Bua Khao, Pattaya on Sunday.

The tourist was left with a head wound and there was a considerable amount of blood.

After being given first aid by Sawang Boriboon medics he was loaded up on the back of a pick-up for the short ride to hospital.

Lady boys in the bar gave their version of what had happened.

One called Nakharin Jankaew, 26, from Lampang said that he heard a commotion out in the street. Then the drunk tourist came in and ordered a drink.

He hadn’t even drunk that when he still refused to calm down and was told to watch his aggressive behavior.

Then a fight broke out. Nakharin claimed he was punched by the tourist in the face and it was now all swollen.

The tourist hurt himself when he collided with the floor, he told the reporter.

Another lady boy suffered injury to an arm and leg in the melee.

They had to defend themselves, they noted.

Police are waiting for the tourist to sober up before trying to get to the bottom of the matter. 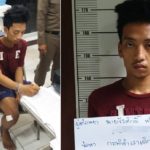