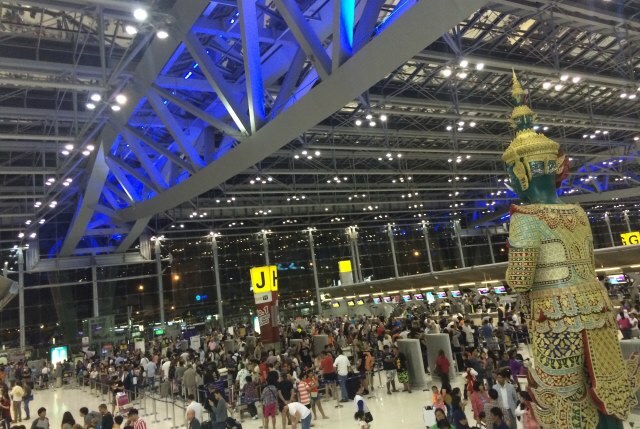 An Irish tourist was critically injured Thursday morning after falling from the fourth floor at Suvarnabhumi Airport, police said, describing the plunge as intentional. An updated report from a radio has confirmed that he has sadly passed away.

The 32-year-old man took an escalator to the fourth floor of the airport’s departure hall before jumping over the railing onto the ground below, according to Monthian Baothong, chief of the airport police station. The incident reportedly took place at 6:35am.

“We don’t know his motivation at this point,” Col. Monthian said.

Monthian said the Irishman was sent to hospital immediately after the fall. He was said to be in critical condition. Medical staff did their best to save his life, but unfortunately the injuries sustained were too much.

The airport has been the scene of many suicides since it opened in 2006.

There were so many in 2013 that Airports of Thailand announced it would spend 30 million baht to erect glass barriers to deter jumpers. 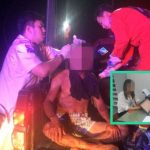 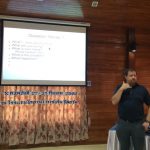 “You are under arrest, my dear chap!”- Pattaya police learning English