An Irish glamour model is being investigated by police over promoting betting sites, according to reports.
Jessie Vard, 19, is said to be among at least 15 models who were named in warrants in Thailand earlier this week.
The Donegal native is due to appear in court for promoting betting sites, as Thai authorities urge people to stay away from betting activity ahead of the 2018 World Cup in Russia.
Reports state that women can earn upwards of €10,000 a month for promoting these websites.
The models who are commonly known as “net pretties” will be hearing of their punishments by next Wednesday.
A Royal Thai Police spokesman is quoted by the Daily Star saying: “Net idols or pretties who have online followers are not allowed to post anything gambling related or suggestive to gamble activities.
“Fifteen net idols are included in warrant calls for posting gambling suggestive posts on social medias including the [infamous] Miss Jessy Vard.
Jessie Vard lives in Thailand.. DT – EP 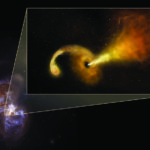