An injured gaur, initially thought to be shot by poachers, has died of infections caused by fighting with another gaur, said park officials.

Villagers on Thursday spotted the injured gaur, which was skinny to the bone, near their plantations and alerted park officials to investigate.

A team of veterinarians was dispatched to check and help but it was too late. 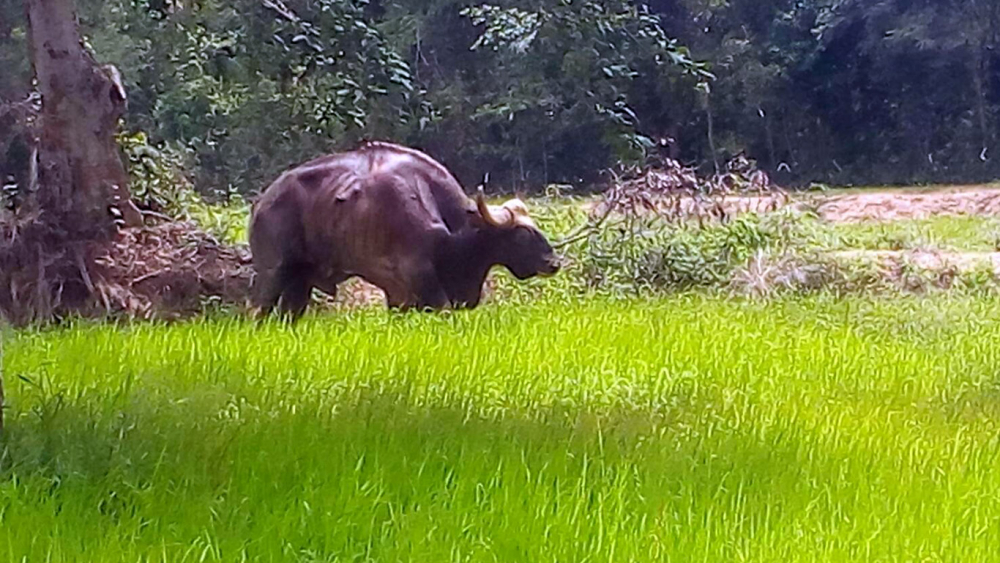 Officials said the gaur weighed about 700 kilograms and was about 15 years old.

They said the gaur had five infected wounds inflicted by another gaur, not by bullets. It died from blood infection.

A post-mortem also found a 150-centimetre rope in its stomach, they added.

The carcass was found deep in the forest and could not be removed for further investigation.

Numbers of the forest-dwelling gaur, the largest of the wild cattle species, have declined precipitously throughout Southeast Asia. Under 1,000 individuals were believed to remain in Thailand by the 1990s, and the species is red-listed.