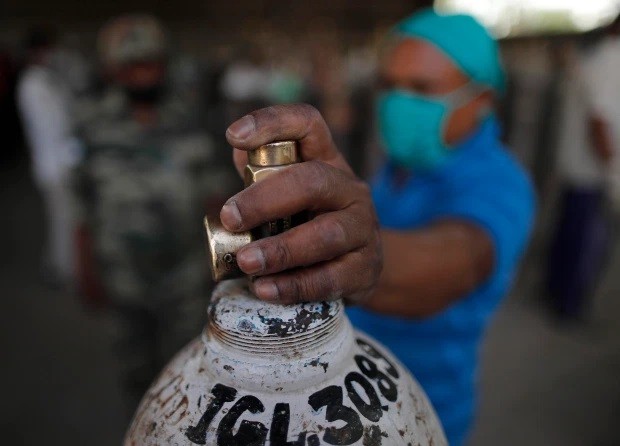 INDIA has vowed to “hang” anyone who delays the delivery of oxygen supplies as the country buckles under a devastating second wave of coronavirus.

A high court in New Delhi today warned it would use the death penalty after brazen local officials intercepted and diverted oxygen tanks to desperate hospitals in their areas.

The court, which was hearing submissions by a group of hospitals over the oxygen shortages, described the devastating rise in infections as a “tsunami”.

Covid patients are “dying on the pavement” outside hospitals – and doctors fear infections will soon hit 500,000 per day.

And India’s fatality rate means that there could be 5,700 deaths per day at the peak.

The surging Covid cases are pushing health services to the limit, with medical oxygen scarce and hospitals understaffed and overflowing.

Intensive care units are full with nearly all ventilators in use, leaving doctors no choice but to beg for help on social media.

Tanks of oxygen are being shuttled across the country to hotspots to keep up with the demand – but local officials in several states have disrupted movement of tankers and diverted supplies to their areas.

And days before, a minister in Haryana blamed Delhi authorities for looting an oxygen tanker when it was crossing their territory.

“Unfortunately, many such incidents have occurred and have dire effect on hospitals in need of oxygen supplies,” Saket Tiku, president of the All India Industrial Gases Manufacturers Association, said.

Dr Sumit Ray said patients were dying “within minutes” of arriving at hospital due to a lack of oxygen and beds.

“Almost every hospital is on the edge. If oxygen runs out, there is no leeway for many patients,” he told the BBC.

“Within minutes, they will die. You can see these patients – they’re on ventilators, they require high-flow oxygen. If the oxygen stops, most of them will die.”

Fortis Healthcare, a chain of hospitals across India, said one of its hospitals in New Delhi “is running out of oxygen” and was suspending admissions.

“Every hospital is running out (of oxygen). We are running out,” Dr Sudhanshu Bankata, executive director of Batra Hospital, told New Delhi Television channel.

At least 20 Covid patients at the critical care unit of New Delhi’s Jaipur Golden Hospital died last night as “oxygen pressure was low,” according to the Indian Express newspaper.

“Our supply was delayed by seven-eight hours on Friday night and the stock we received last night is only 40 percent of the required supply,” the hospital’s medical superintendent, Dr D.K. Baluja, said.

And on Thursday, 25 Covid patients died at the capital’s Sir Ganga Ram Hospital amid suggestions low oxygen supplies were to blame.

For the third day in a row, India set a global daily record of new infections.

The crisis has led to headlines in the Indian press such as “world’s worst outbreak”.

The country was already battling a so-called “double mutant” strain meaning two variants had formed to create a new form of the disease.

But experts said states like West Bengal, Maharashtra and Delhi are now fighting a triple mutation of the coronavirus.

Doctor Harjit Singh Bhatti described the situation as “horrific” – with dying Covid patients lined up on stretchers outside hospitals.

“I have never seen this type of situation in my whole medical career,” Dr Bhatti told ITV.

“From last 10 years I am practicing medicine, I have not seen this type of situation where people are dying on the roads.

The doctor described the tragic feeling of relief he has when the death of a patient means there is an extra bed for someone else.

He said: “Even with my best possible efforts, I’m not able to provide that care to all my patients. And I am seeing that if I am treating one patient, then many of my patients are left untreated, or they are not able to get that adequate amount of attention, which they have to get.

“So even, I said this in my social media profiles also, I said that sometimes it is situation of grief and relief.

“Like I grieve for my patient who lost their life, but I also have relief for those patients who will get their bed. So it’s a type of very, very worrisome and very alarming situation.”

Meanwhile, virologist Shahid Jameel warned that India could record 500,000 cases per day by the first week of May.

“People who do modelling studies do suggest that India will hit a peak somewhere towards the end of the first week of May, and we may climb up to about 500,000 cases per day, possibly more,” he told BBC Radio 4.

The World Health Organisation has described the situation in India as a “devastating reminder” of the destruction Covid could cause.

Last week, the Supreme Court told Prime Minister Narendra Modi’s government to produce a national plan for the supply of oxygen and essential drugs for the treatment of Covid patients.

The government announced it would exempt vaccines and oxygen equipment from customs duty for three months in a bid to boost availability.

The Defense Ministry is set to fly 23 mobile oxygen generating plants within a week from Germany to be deployed at army-run hospitals catering to Covid.

Each plant will be able to produce 2,400 litres of oxygen per hour, the government said in a statement on Friday.

Experts said the second wave surge is the result of India letting its guard down when cases fell in January.

Large gatherings including religious events and political rallies were permitted allowing the virus to spread like wild fire.

And medical experts have slammed the “complacency” of the government.

“It’s not the virus variants and mutations which are a key cause of the current rise in infections,” Dr Anant Bhan, a bioethics and global health expert, tweeted this week.

“It’s the variants of ineptitude and abdication of public health thinking by our decision makers.”

Dr Vineeta Bal, from the Indian Institute of Science Education and Research, said at the heart of India’s “paralysing” oxygen shortage was the sense of complacency that took hold as Covid cases declined.

Boris Johnson has pledged to support India in its fight against the devastating second wave.

“We’re looking at what we can do to help and support the people of India, possibly with ventilators,” he said.

“Thanks to the ventilator challenge, the huge efforts of British manufacturers, we’re better able now to deliver ventilators to other countries.

“But also possibly with therapeutics, dexamethasone, other things, we’ll look at what we can do to help.” 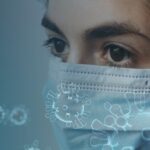 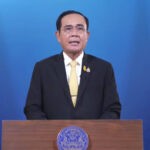