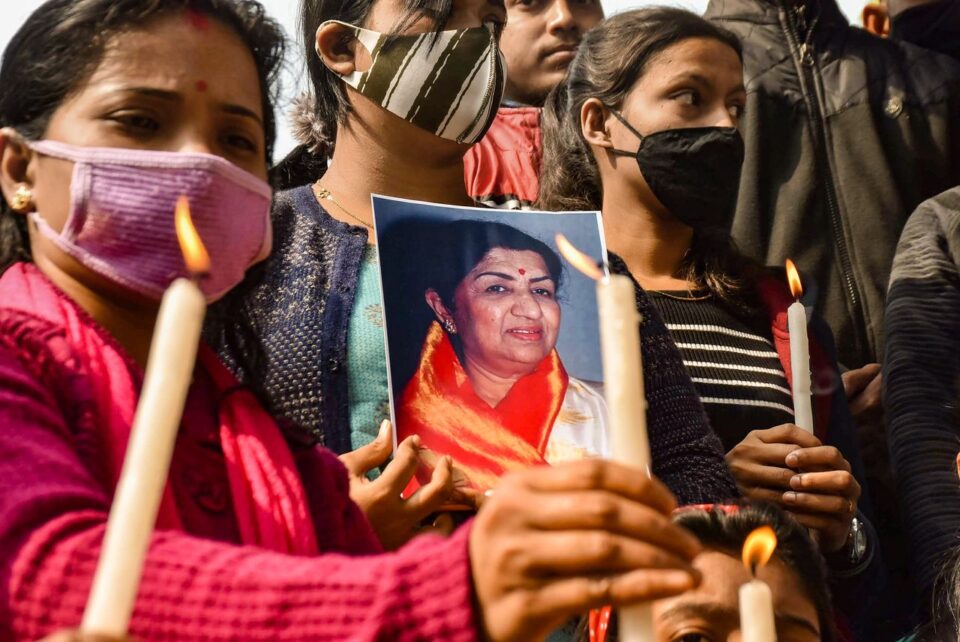 Lata Mangeshkar, one of India’s most beloved singers, has been cremated in Mumbai with full state honours.

Mangeshkar, whose voice was the soundtrack to hundreds of Bollywood films, died aged 92 on Sunday.

PM Narendra Modi and stars of the entertainment industry attended the funeral, where large crowds gathered to pay their respects.

Her extraordinary career spanned more than half a century and she recorded thousands of songs in 36 languages.

Two days of national mourning will follow the funeral and the national flag will be flown at half-mast throughout the country.

Crowds gathered outside her home, where her coffin began its journey to a city park where it was publicly cremated. Mr Modi was among those who laid flowers on the pyre.

One mourner, Rajesh Kumar Ram, told the AFP news agency “her voice touches the soul of every Indian. Her songs have been with us all through our lives.”

Few stars in India are afforded the honour of a state funeral but as crowds gathered at Mumbai’s Sivaji Park, it was reminder of Lata Mangeskhar’s unique appeal.

Hundreds of people from all ages and backgrounds lined up to get a glimpse of her funeral pyre, and say a final farewell.

As a Bollywood playback singer, Lata Mangeshkar’s voice was the soundtrack to hundreds of Indian films – and to countless more lives. Her songs were played at weddings, funerals and national events, her career spanned more than seven decades.

She leaves a legacy as old as independent India itself. It’s hard to name an artist as prolific – aside from her sister Asha Bhosle who was among the mourners at today’s funeral. Lata Mangeshkar has recorded more songs than The Beatles and the Rolling Stones combined.

Affectionately known as India’s “Didi” or sister, for millions in this country, and around the world, this loss feels personal. If Bollywood is the soul of India, then Lata Mangeshkar was its beating heart.

Mangeshkar was admitted to a hospital in Mumbai in January after testing positive for Covid-19.

As the news of her death became public, tributes began pouring in to the woman who was often called the “nightingale of Bollywood” for her role as a playback singer, recording the songs that actors would lip-sync on screen.

President Ram Nath Kovind said the news was “heart-breaking for me, as it is for millions the world over” and added that in her songs “generations found expression of their innermost emotions”.

Mr Modi, meanwhile, said Mangeshkar’s death had left a “void in our nation that cannot be filled”.

Mangeshkar was a huge fan of cricket, and India’s former captain Virat Kohli said her songs had “touched millions of people around the world”.

Several Bollywood stars also expressed their condolences. Actor Hema Malini said she was “lucky” to have performed to several songs sung by Mangeshkar.

“No one can sing like her, she was very special. Her passing away is very saddening,” she told the news agency ANI.

Mangeshkar was equally popular in neighbouring Pakistan, where TV channels broadcast rolling coverage of her death.

Born in Indore in the central Indian state of Madhya Pradesh on 28 September 1929, she began learning music at the age of five from her father, Deenanath Mangeshkar, who was active in the world of theatre.

After her father’s death, the family moved to Mumbai where a teenage Mangeshkar began singing for Marathi movies.

She also took bit roles in a few films to support her family, but would say later that her heart wasn’t in it. “I was happiest singing,” she told interviewers.

Her big break came in 1949 with the release of a haunting song titled Aayega Aanewala for the movie Mahal.

“Soon every female actor wanted her voice. But she was always busy and only a few fortunate music directors got the chance to make her sing,” music director Mohammed Zahur Khayyam later recalled.

Over the next few decades, Mangeshkar sang thousands of songs which were lip-synced by Bollywood’s biggest heroines across generations.

Mangeshkar was nominated to the upper house of India’s parliament in 1999, but said later that she had been reluctant to take it up and that her tenure there was “anything but happy”.

She received India’s highest honour for civilians, the Bharat Ratna, in 2001.

In 2004, when she turned 75, one of Bollywood’s biggest directors, Yash Chopra, wrote for the BBC that he saw “God’s blessings in her voice”.

Mangeshkar, who never married, had a rich life outside her work with interests ranging from cricket to cars.

Her younger sister Asha Bhosle is also a celebrated Bollywood singer. The two always dismissed any hint of sibling rivalry and even performed together occasionally.

“We’re very close – we have never competed with each other,” Bhosle told the BBC in 2015. 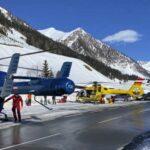