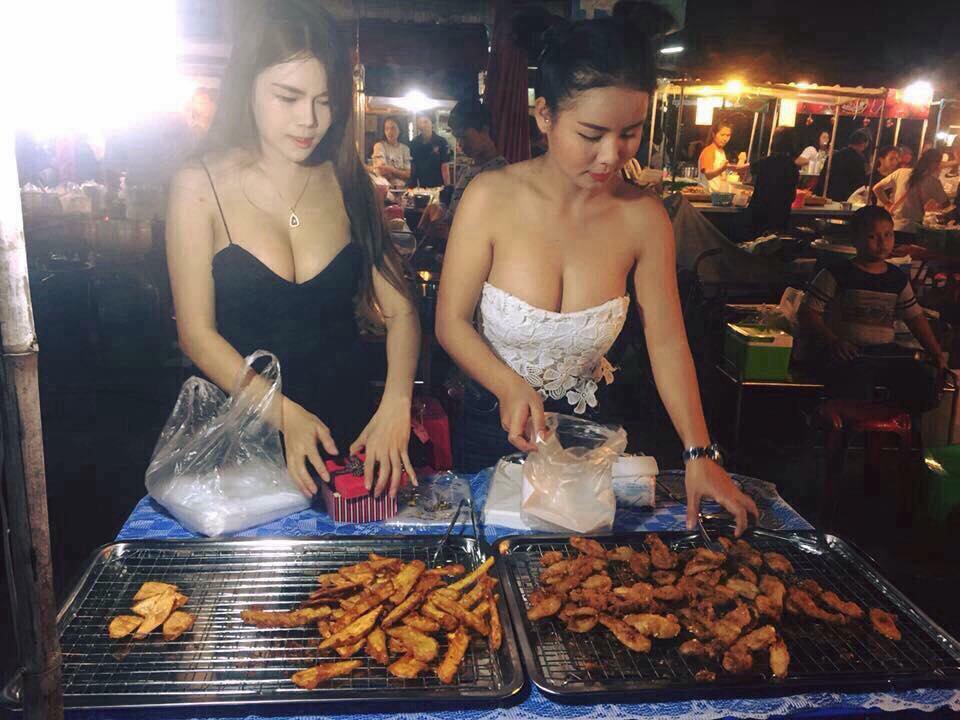 The Thai social media was yet again sent into meltdown recently, when a couple of pictures appeared of 2 pretty young girls selling deep fried bananas.

Deep fried bananas are pretty common all over Thailand, and are actually quite nice, so I’m pretty sure it’s not the tasty little treats that are attracting all the attention, which begs the question, what else could it possibly be? 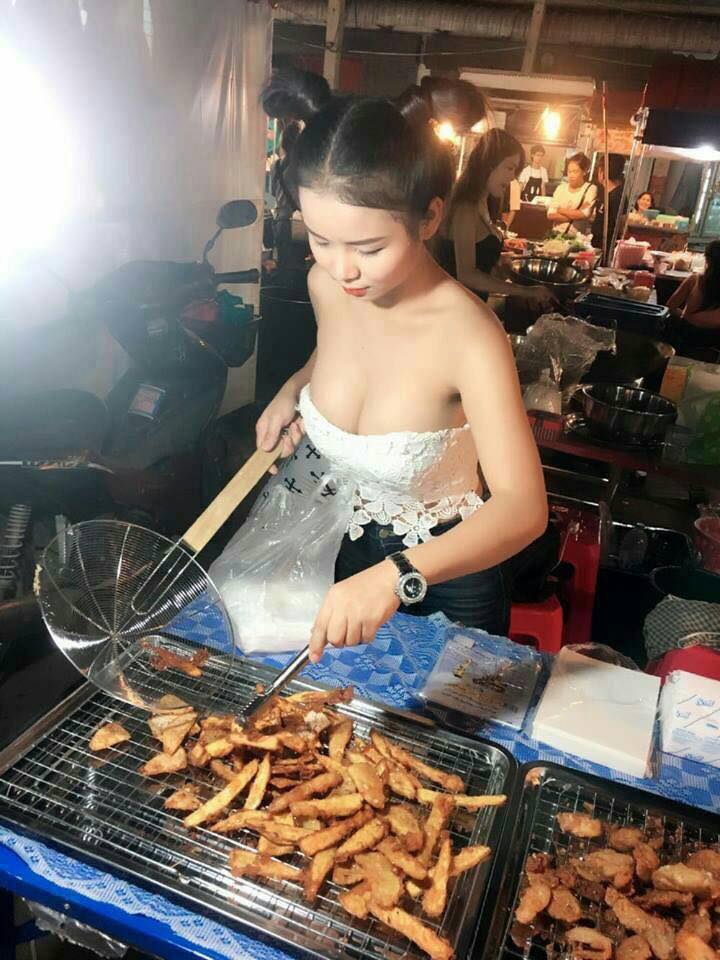 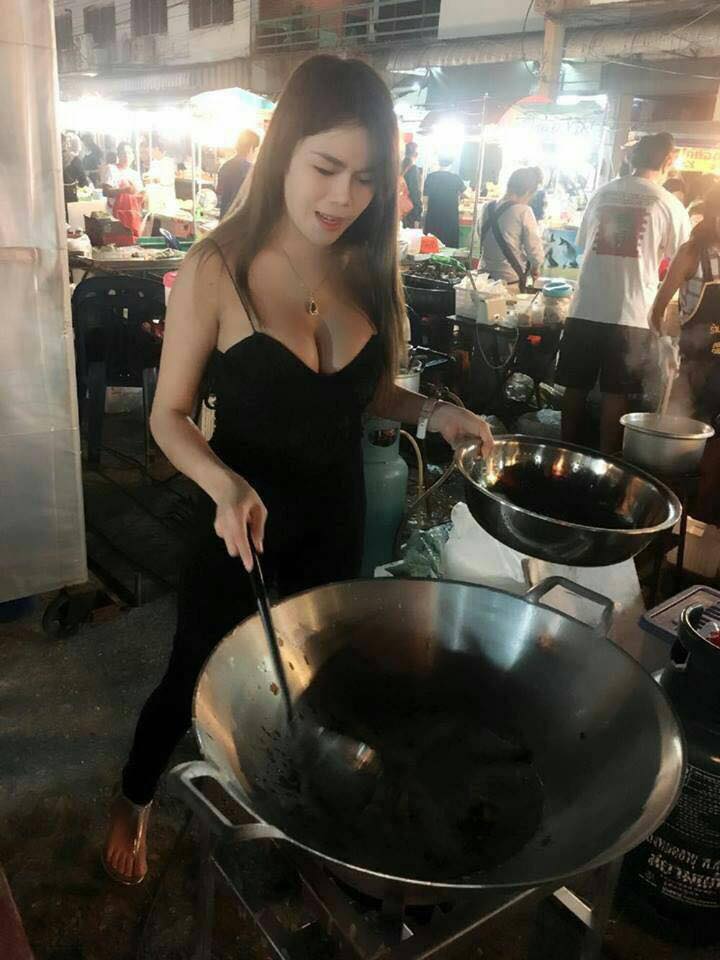 I can see 4 pretty good reasons myself, but I’ll let you guys be the judge of that. It’s not the first and it certainly won’t be the last time that Thai women have used their “assests” to their advantage, and fair play to them for doing so.

The pics were posted to a Facebook page with the caption “I bought their bananas and just ate them right there in front of the shop. Then I bought some more.”

Most people agreed, with comments such as “Who cares what they are selling”, whist the pics did attract some not so nice comments too, with some posters condemning the vendors for dressing inappropriately.

The last I heard there was no dress code for selling fried bananas.

The location of the banana stand is still unknown, but I’ll update you all once I find out. 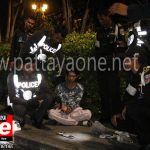