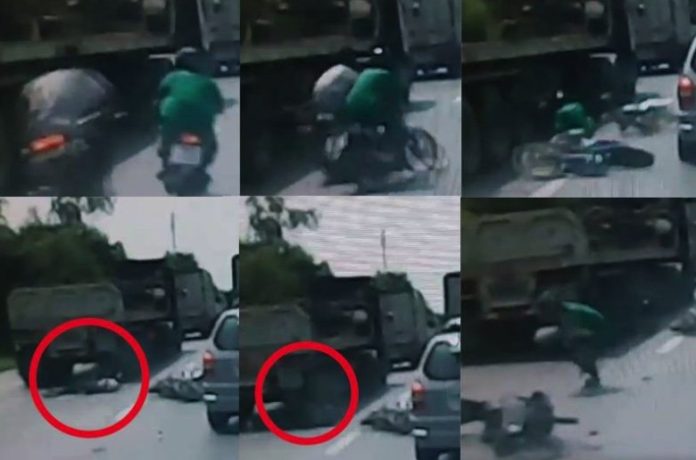 Horror Accident: Dash cam footage from Route 9 in Bang Pa-In north of Bangkok showed a 25 year old motorcyclist tumble under the wheels of an 18 wheel truck after a collision with another motorcyclist.

The motorcyclist in the green shirt managed to escape injury. Rather than stop to help he fled the scene on his bike.

Other motorists and the driver of the truck are shown at the scene as the injured man writhes on the tarmac.

Pol Capt Wimon Somboon of the Chang Yai police said that the injured man was pronounced dead in hospital.

He was named as Prasit, aged 25, who had been riding a Honda MSX.

Truck driver Wichai Kesaphan was not charged. He said he was driving normally.

The hunt is on for the man in the green shirt.

Thais demand JAIL for foreigners wearing flag on their SHOES 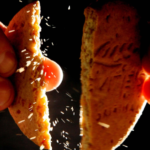 Americans List The Things About British Culture That Confuse Them