Determined divers racing against time. Rising waters threatening lives. 12 teenagers and their soccer coach trapped inside for two weeks. A remote cave that most had never heard of.

The stuff of a Hollywood drama, except that it’s all true and happened in Chiang Rai last year. Now the first of several re-tellings of the story comes to the big screen in The Cave.

The ordeal in late June and early July last year had barely ended when filmmakers began their own race to get the nail-biting drama onto cinema screens.

The first of those projects premiered at the start of October, when director Tom Waller’s The Cave showed at the Busan Film Festival in South Korea.

The film was shot over three months earlier this year and has been in post-production since then. The 45-year-old Thai-British filmmaker says the epic tale of the Wild Boars (Mu Pa) football team was a story he simply had to tell.

“I took the view that this was going to be a story about the people we didn’t know about, about the cave divers who came all the way from across the planet.”

The 13 young men entered the Tham Luang cave complex after soccer practice and were quickly trapped inside by rising floodwater.

The boys were forced to spend nine nights lost in the cave, whilst Navy Seal and other diver searched frantically before they were spotted by a British diver.

It would take another eight days before they were all safe, against all odds, in a risky mission. 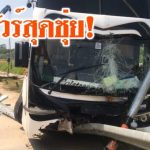 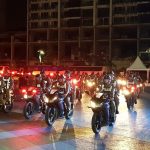